In the West the Rudra Veena is mainly known through two great masters of the instrument: Ustad Zia Mohiuddin Dagar (1929-1990) and Ustad Asad Ali Khan (1937-2011) (see here).
We are starting now a series of three posts of great masters of the Rudra Veena who lived a generation earlier. As far as I know, never any recordings of these masters have been published. The recordings we present here are mostly from broadcasts by All India Radio.
For more information on the Rudra Veena, its masters and its history see:
http://www.rudravina.com/


We start with Ustad Mohammed Dabir Khan, the grandson and pupil of Wazir Khan of Rampur (the teacher of Ustad Allauddin Khan) who traces his lineage back to Tansen. He was proficient in instrumental Rudra Been as well as in vocal Dhrupad music. He was the recipient of the Sangeet Natak Akademi award in 1969. He passed away in 1972.
Info taken from: http://www.parrikar.org/vpl/?page_id=406 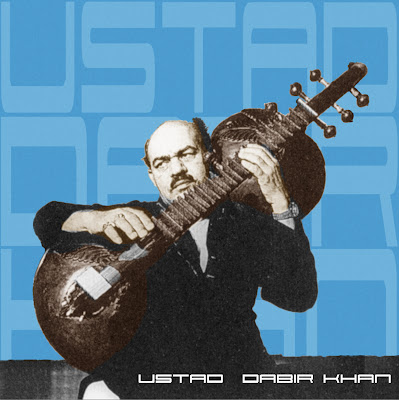 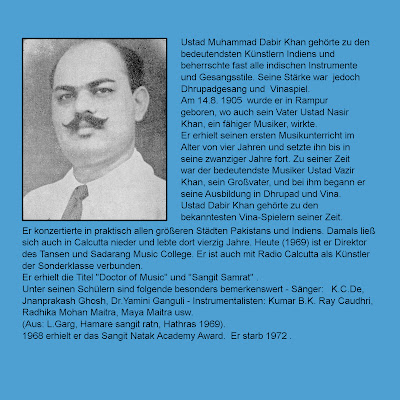 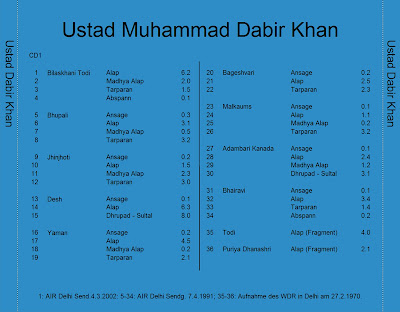 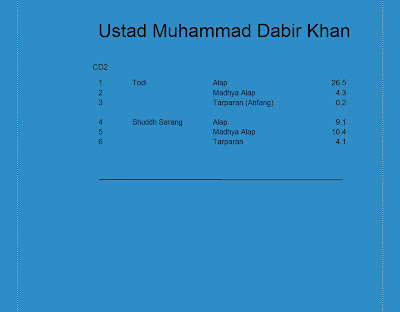 We are very grateful to KF, the original compiler of these recordings, who created these two CDs for his own collection and shared them generously. 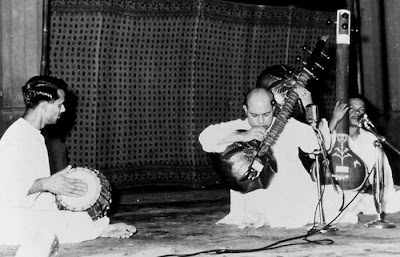 ah, the Older Masters..."things ain't what they used to been" :-)
what a beautiful set of recordings. i've been listening to them most of the day. many thanks Tawfiq and, of course, Herr KF

wow! this is super cool. i have been really into BEEN, lately, but only have a very very few recordings. This is gonna be a great chance to really clean & polish both my ears and my mind, and learn about the roots. THANK YOU!!!!

Thank You Thank You

Could you check if these files are still available please?

Please read the remarks at the beginning of the blog. There are now alternative links.