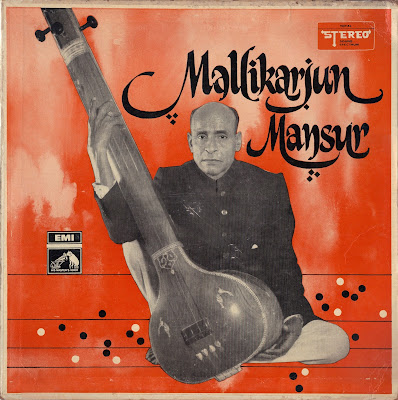 Here the second LP by the great singer. The first one we posted in June 2011.
See here. We provided now also flac files. 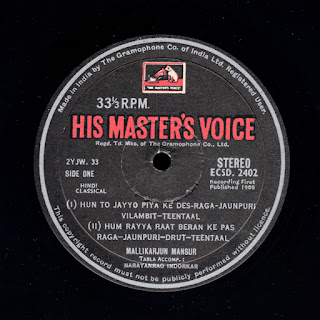 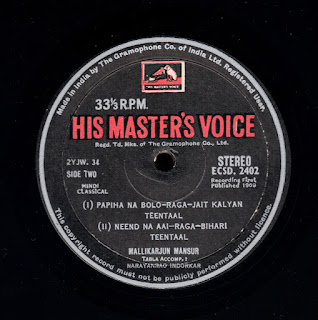 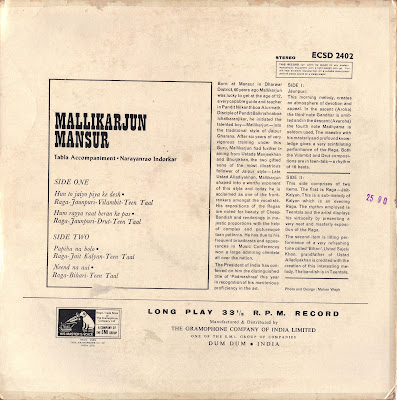 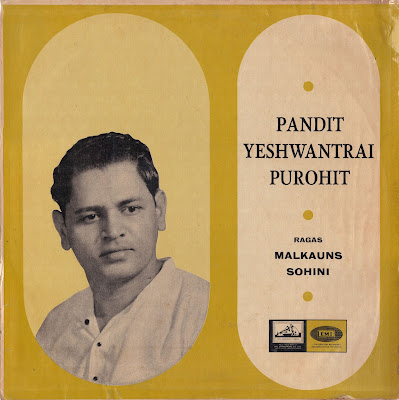 Here a wonderful LP by a great singer of the Kirana Gharana, of whom one says, that he is one of the very few whose music has this hypnotic spell for which the music of Ustad Abdul Karim Khan was so famous and which didn't come really across in the short recordings we only have of the great Ustad.


“Late Pandit Yeshwantrai Purohit was one of the foremost exponents of the ‘Kirana Gharana’. Born in Bhavnagar on 27th December 1916, he had his early training in music from the Late Pt. Shankarrao Vyas, Pt. Narayan Moreshwar Khare and Late Pandit Omkarnath Thakur of Gwalior Gharana. Later, being attracted by the Kirana style of Khansaheb Abdul Karim Khan, he became a devout disciple of Pandit Balkrishnabua Kapileshwari, a direct disciple of the Late Khansaheb Abdul Karim Khan. Possessing a rich sonorous voice with tremendous depth of feeling and understanding of the Ragas, his devotion and dedication and his purity of style in the development of the Raga, he participated in many a concerts and attained fame all over India. Unfortunately, he died at the young age of 47 years on 3rd January 1964, leaving a void in the music world. Some of his famous disciples are Pandit Vinayak Vora (Vocal and Taar-Shehnai), Arun Sewak and Dakshesh Dhruv. Padma Vibhushan Pandit Ravi Shankar, the world- renowned exponent of Indian Classical Music, has honoured Yeshwantrai by describing him as a great Sadhak.”
from: http://www.parrikar.org/vpl/?page_id=680


Regarding the music see also our post of an LP by Ustad Abdul Karim Khan and some of the comments there. 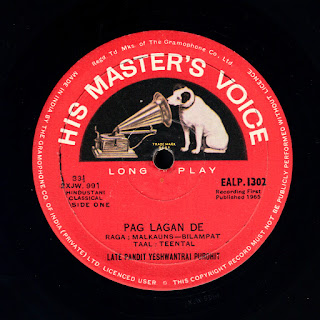 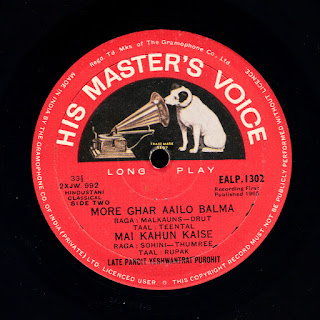 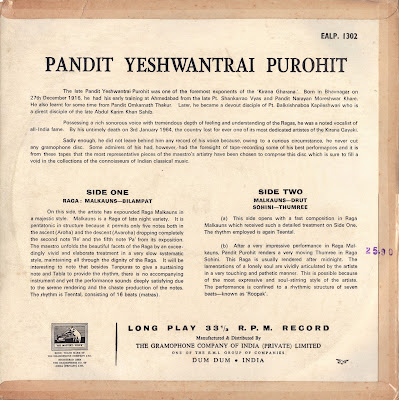