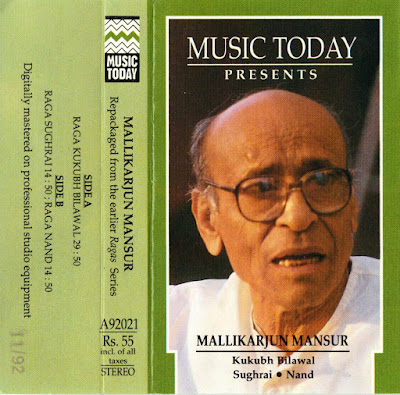 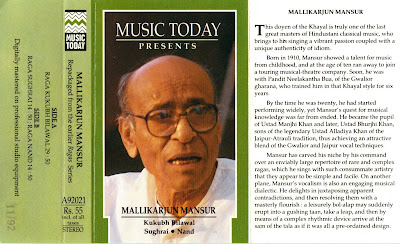 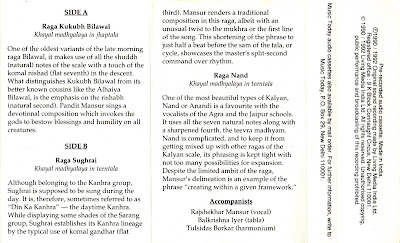 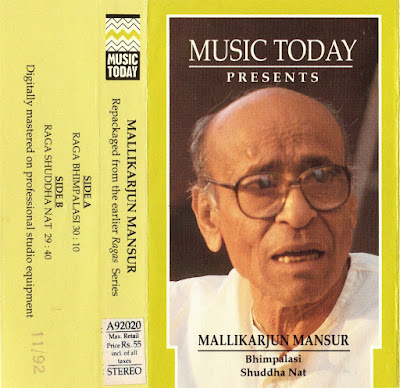 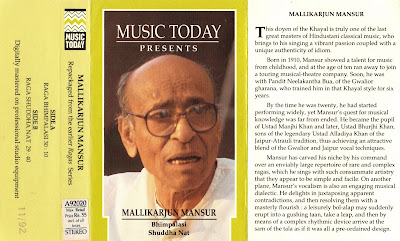 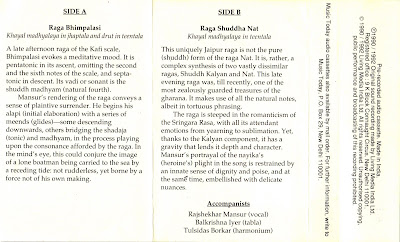 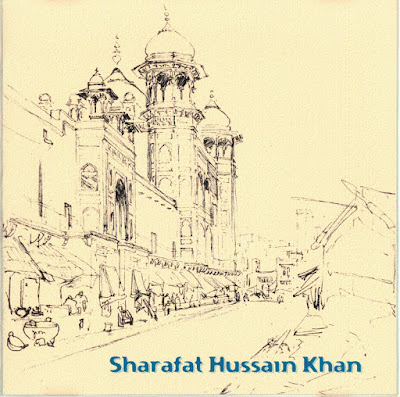 Here another set of beautiful radio recordings by the great master. 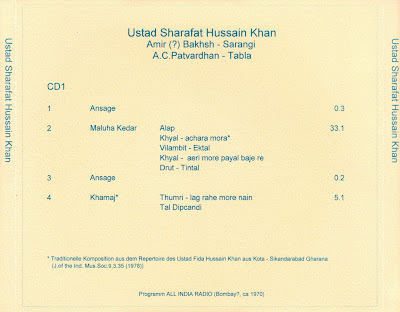 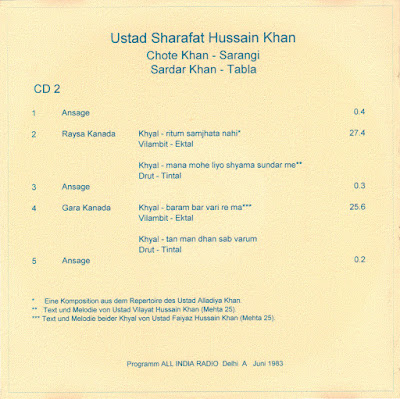 Many thanks to KF for the recordings and the covers.
Posted by Tawfiq at 19:41 1 comment: 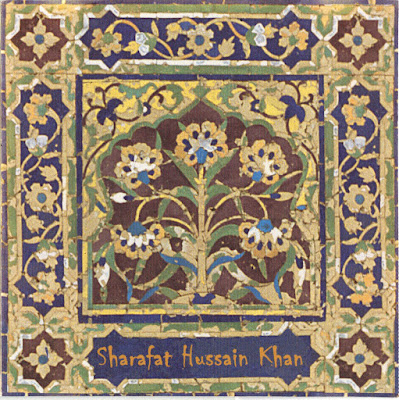 Here two other beautiful recordings by the great master. On the first CD we have a wonderful demonstration of his mastery over the Dhrupad format including a long Alap. Sharafat Hussain Khan was the last great singer of the Agra Gharana who reguarly performed long Alaps. 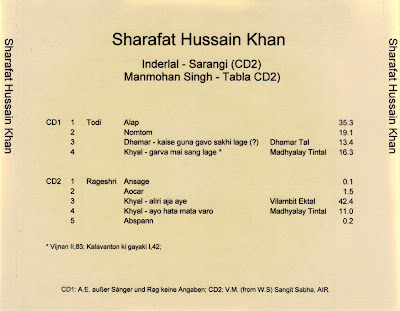 Many thanks to KF for editing these recordings and creating the beautiful cover. 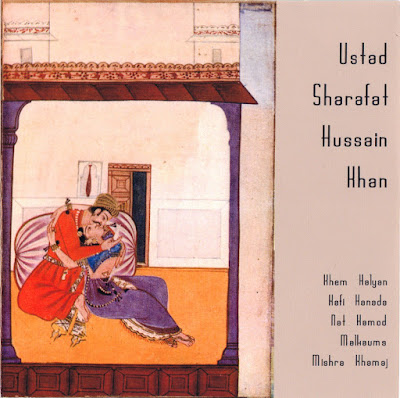 In honour of the great artist, we admire very much and of whose music we are especially fond, we post here a National Program of Music broadcast by All India Radio on July 14, 1985, one week after his sad and premature passing. His first and only LP we had posted in 2011. See here. 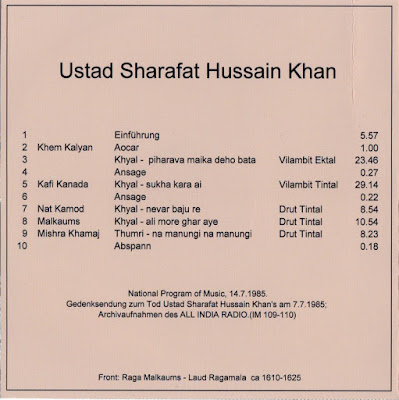 A big thank you to KF for the recording and the beautiful cover.

A disciple of Ustad Faiyaz Khan and Ustad Ata Hussain Khan – A great vocalist from Agra Gharana. His approach towards music was always to expand the Raga. Take any Raga-s and Ustad-ji would sing these Raga-s at length. For example Raga Malati Basant, Raga Raisa Kanada, Raga Maluha Kalyan to name a few – He could and would sing them for about an hour plus, on an average. He was always open to greater development of his music and so he was never shy to adopt something from other musicians or their respective styles. And almost always, he was successful in blending those so called foreign elements into the musical structure of Agra Gharana that he used to prefer and perform. And then the concept he would sing would be his own “Khayal”.
He was probably one of the last musicians who performed full-length, full featured Nom-Tom Alap before Khayal. His command on Laya (rhythem) was also great which is visible (audible, I mean) in various pieces that are presented here. He was blessed with a voice which he successfully preserved and cultivated to suite his imagination.
He was never tired of singing because he loved his music. Once a mehfil was organized in Ahmedabad and the organizer requested Ustad-ji to sing without microphone and without Harmonium accompaniment to get the essence of music in untainted form. Ustad-ji agreed. The mehfil eventually turned out to be a whole night concert where Ustad-ji sang Nom-Tom Alap, Vilambit (Traditional Composition) and Drut Khayal (His own composition) in Raga Savani (a variant with Komal Gandhar) followed by Raga Jaijaivanti, Vilambit and Drut, followed by Raga Nat Bihag, Drut Khyal, Raga Sohini, Drut Khayal. As it was about sunrise, He started Raga Ramkali – Vilambit & Drut. In the end he sang a Dadra in Raga Bhairavi. Fortunately this concert was recorded and recently it has been published as a set of 4 CDs by Sangeet Kendra.
from: https://utterjoy.wordpress.com/2007/07/11/ustad-sharafat-hussain-khan-prem-rang-1930-1985-2/

This series of 4 CDs and some other CDs by the artist can be obtained from: info@raga-maqam-dastgah.com