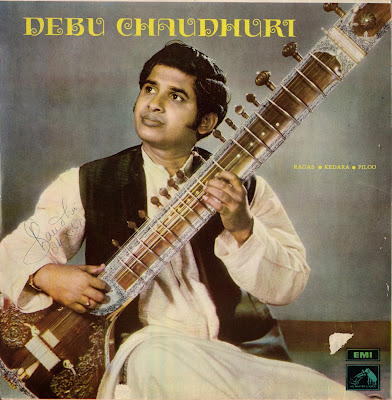 Another LP by the great Sitar player. See here for our earlier post.
Note the cover signed by the artist. 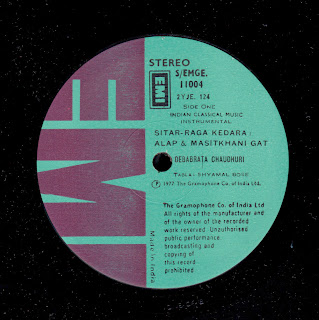 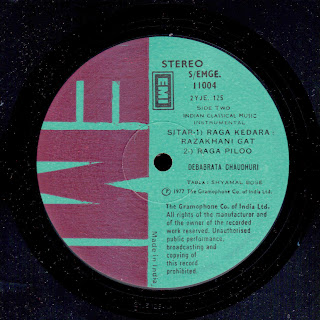 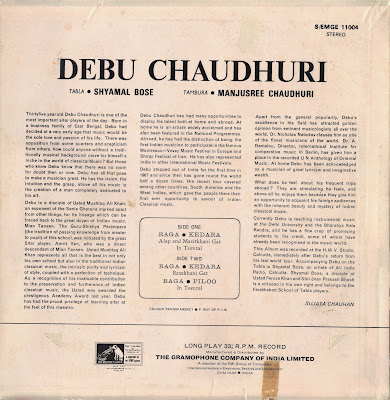 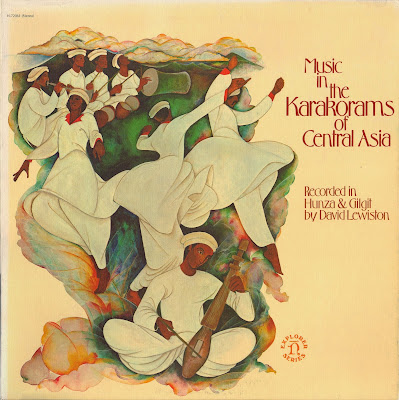 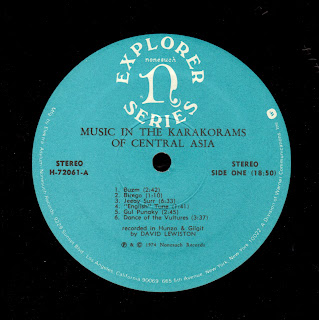 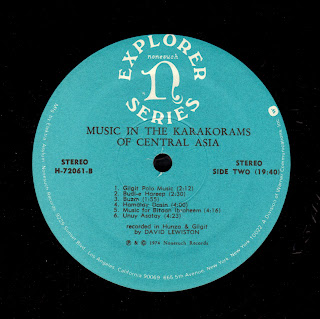 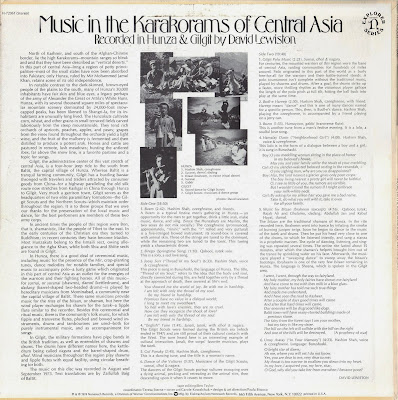 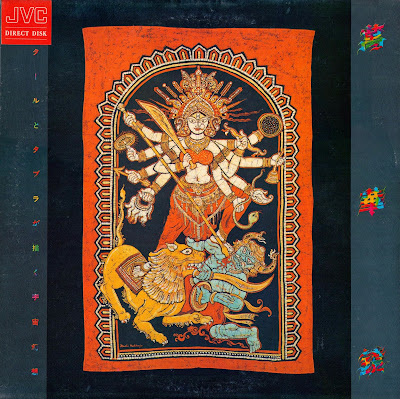 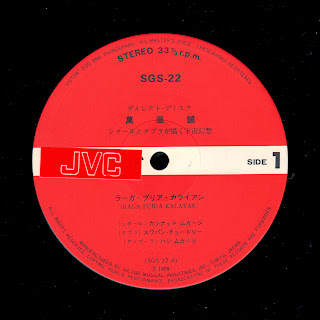 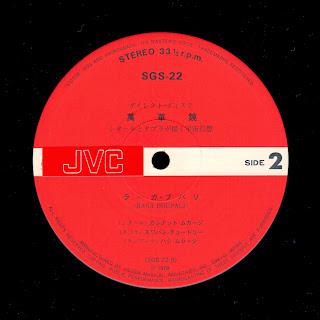 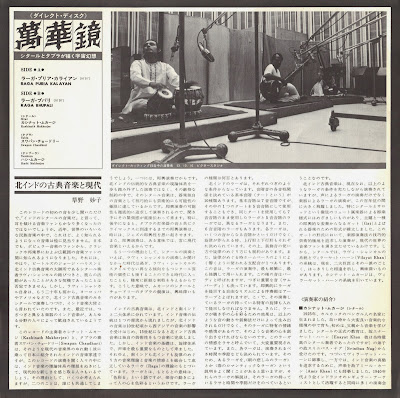 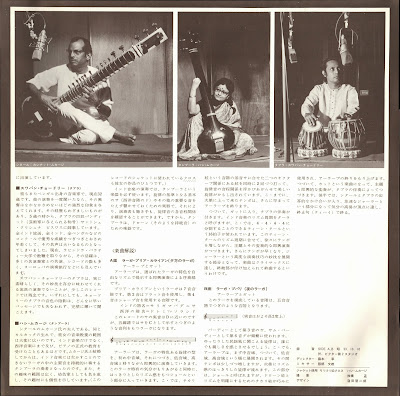 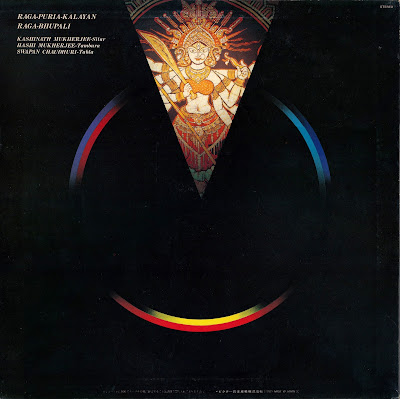 "Pandit Kashinath Mukherjee, a profoundly accomplished Hindustani Classical instrumentalist of the Etawah Gharana, has successfully kept aloft the taalim of the great Ustad Vilayat Khan. He has enthralled veterans, amateurs and the uninitiated alike over the years with the sheer merit, dexterity and the irresistible appeal and force of his music.
Kashinath Mukherjee was born in Kolkata into an aristocratic family with a rich cultural heritage. Inspired by his father Shital Chandra Mukherjee, a learned Dhrupad exponent, Kashinath trained under Srinivas Nag (a disciple of Ustad Enayet Khan) for twelve years. His elder brother, the late Hrishikesh Mukherjee, who went on to become a renowned filmmaker, was also a student of Srinivas Nag, learning Esraj.
After the passing away of his guru, he continued his taalim under the legendary Ustad Vilayat Khan, son of Enayat Khan. For the five years that he remained with the Ustad, he kept away completely from public appearances, as directed by his master. His insatiable hunger for learning later led him to luminous maestros such as Ustad Bade Ghulam Ali Khan, Ustad Keramatullah Khan and Ustad Amir Khan. He also learned from Amir Khan until the latter`s death.
Pandit Mukherjee has participated in major concerts both at home and abroad. He is the recipient of the ITC Award among others. Ramprapanna Bhattacharya and Abhik Mukherjee are among his most prominent disciples."
from: http://www.itcsra.org/aom/artist_ofthe_month.asp?id=114 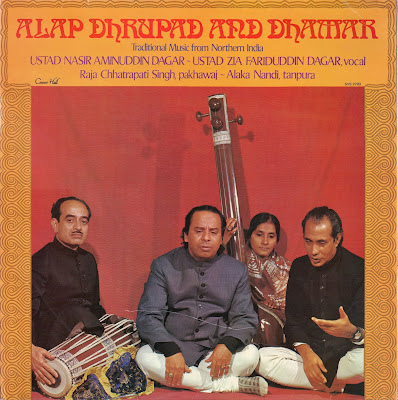 Quite rare LP on which Nasir Aminuddin Dagar, after the demise of his older brother Nasir Moinuddin Dagar in 1966 - together they were the legendary Senior Dagar Brothers (see our post) - formed a duo with his cousin Zia Fariduddin Dagar (see on him our post). 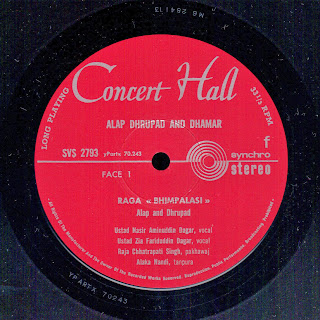 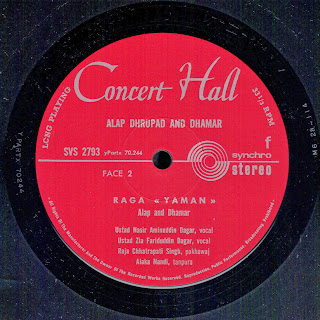 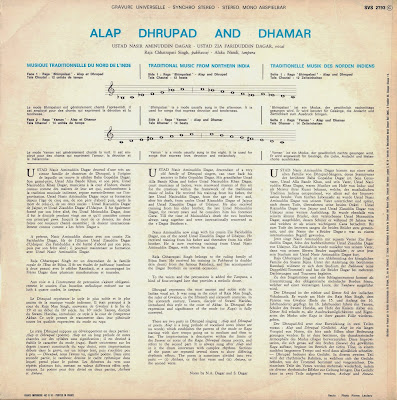