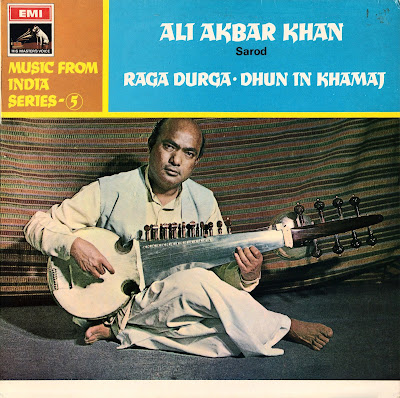 This LP was also released the same year in India. What is strange about the UK edition is that in the liner notes Mahapurush Misra is stated as being the Tabla player on this record. Whereas on the labels of  the LP and on the Indian edition Shankar Ghosh is stated to be the Tabla player.
Perhaps somebody knows the two Tabla players well enough to be able to tell us with certainty who of the two players is accompanying here Ali Akbar Khan.
I just spoke to a disciple of Mahapurush Mishra and he said that for sure it is not Mahapurush Mishra. 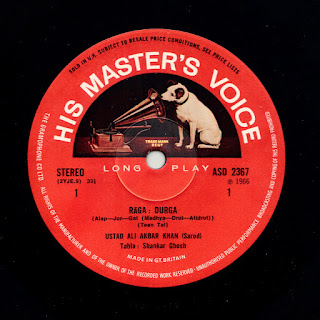 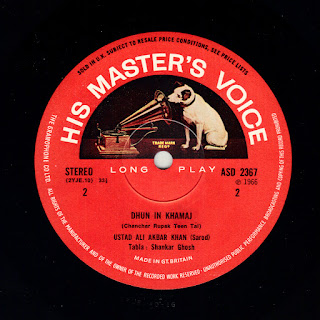 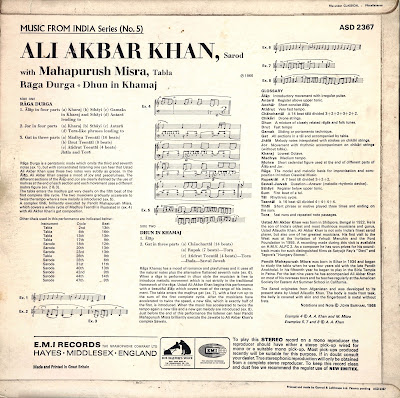 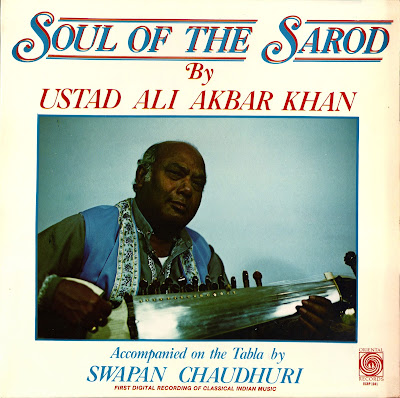 Here the 13th LP by Ali Akbar Khan on our blog. 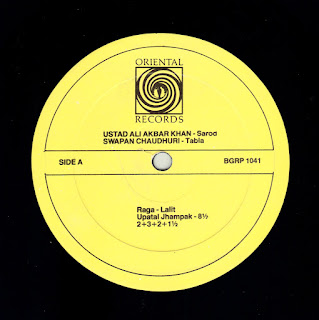 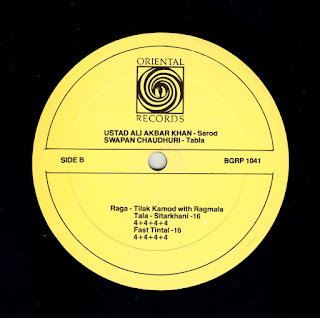 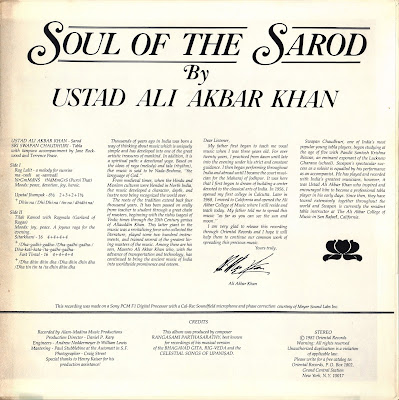 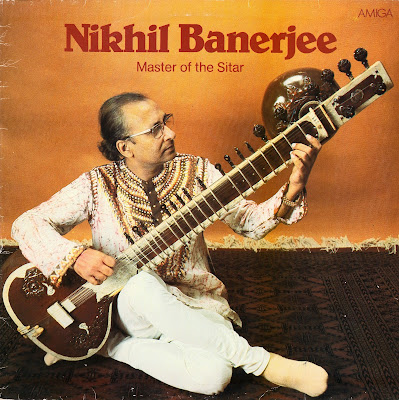 This is the Eastern German edition of an LP orginally published in Western Germany in 1982 under the title "Raga, Baul Melody & Tabla Solo", but with a different cover. The Western German LP "Master of the Sitar" had the same cover as the LP here, but a different content.
The content of the LP here was later republished on CD without the Tabla Solo (out of three LPs they made two CDs, omitting the Tabla Solo). The label - Chhanda Dhara - closed its business in 2009 and their CDs are very rare nowadays. 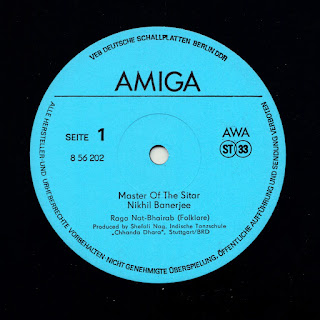 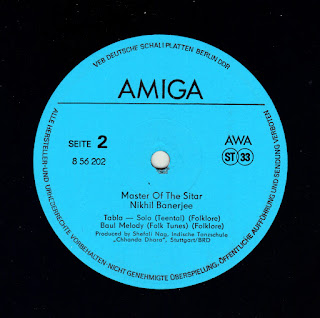 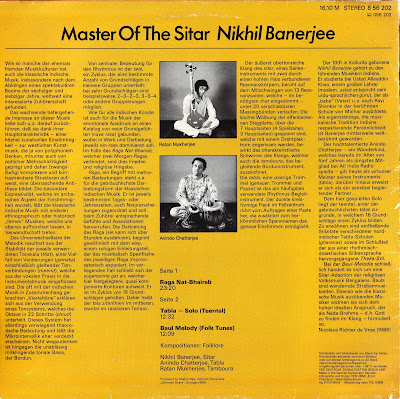 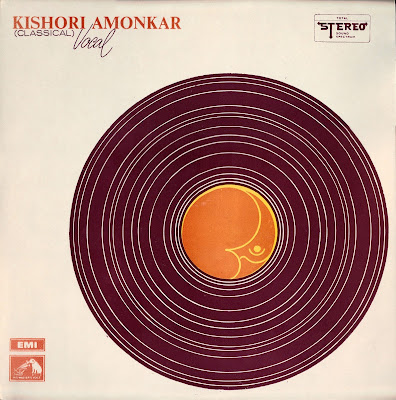 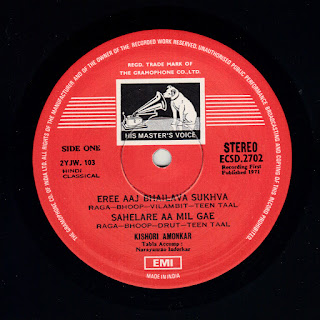 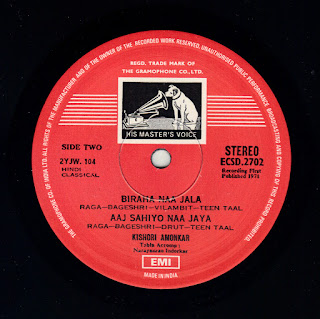 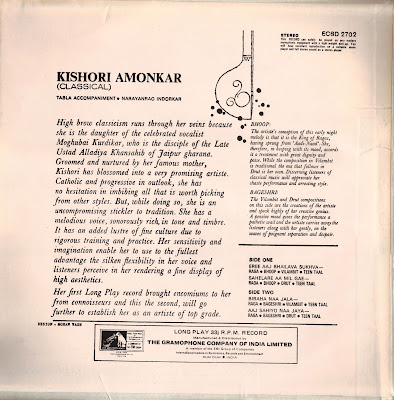 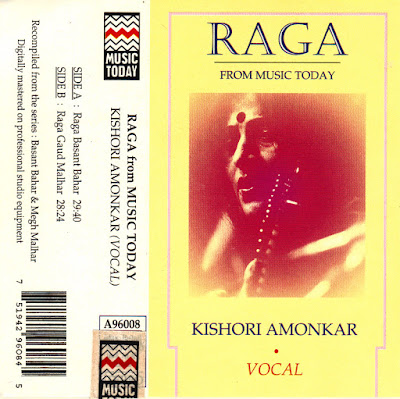 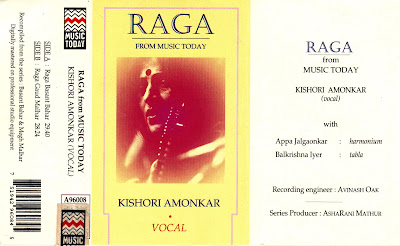 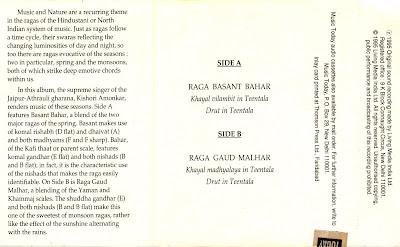 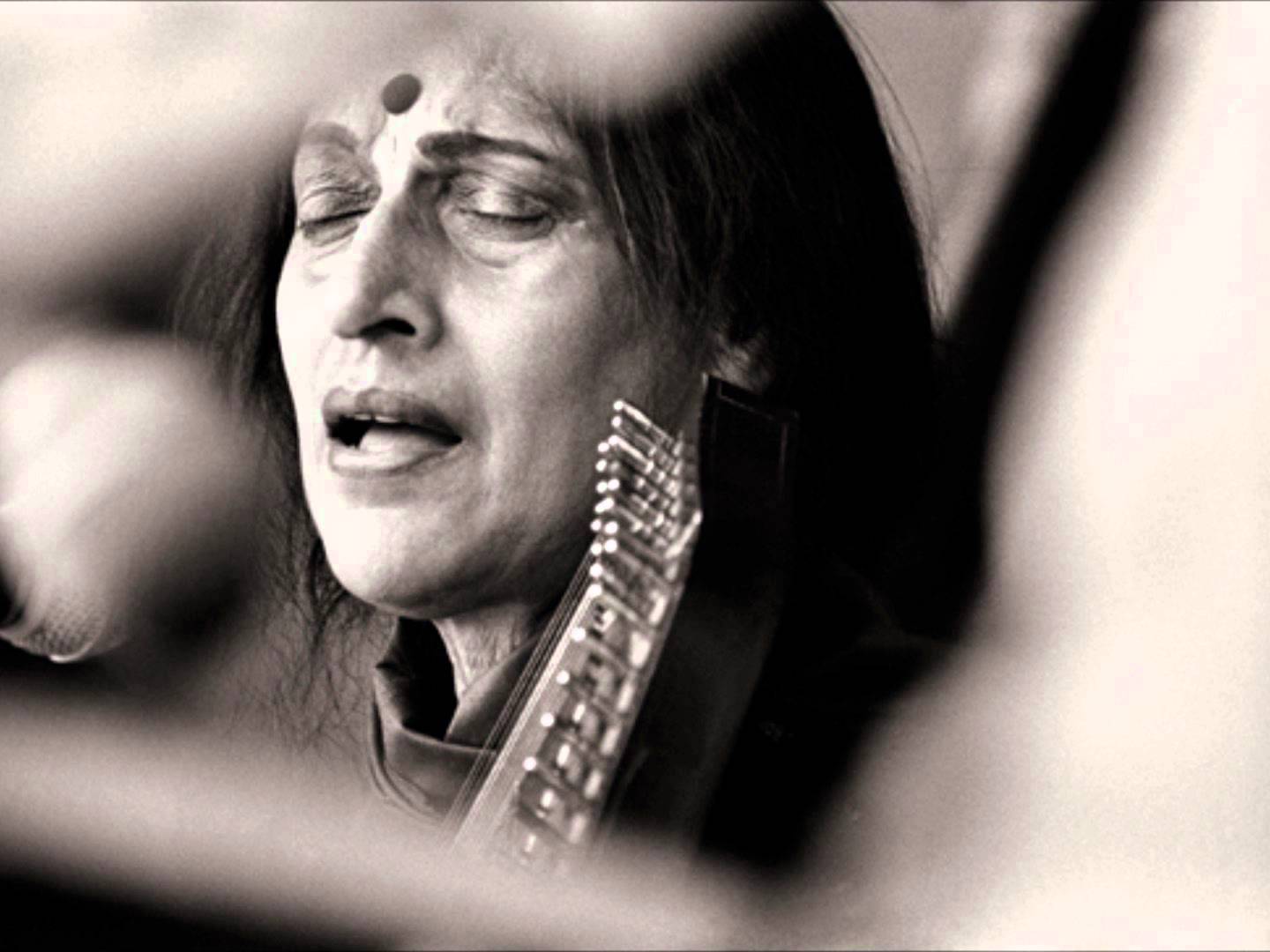 Many thanks to KF for the recording. 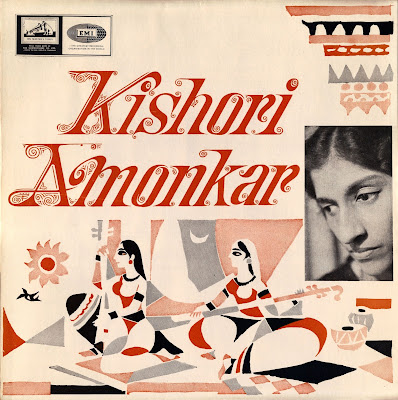 Kishori Amonkar (10 April 1932 – 3 April 2017) was the most important and most refined classical female singer of the second half of the 20th century. Her music was extremely beautiful and refined with amazing taans flowing endlessly. She was in a class by herself. No other singer could really be compared to her.
I vivdly remember a concert of hers in Bonn in the 1990s on Republic Day. Especially my wife was deeply impressed by her, her stage presence and the fact, that she took the whole public into her inner, spiritual world. My wife still spoke about this concert twenty years later. It was of all the concerts she experienced the one which left the deepest impact.
There were only two classical LPs by her in her early career, the one here and a second one from 1971, which we will post in a couple of days. There was also an LP of Bhajans. Only with the advent of the CD there were published numerous CDs. Some can be bought at: info@raga-maqam-dastgah.com. 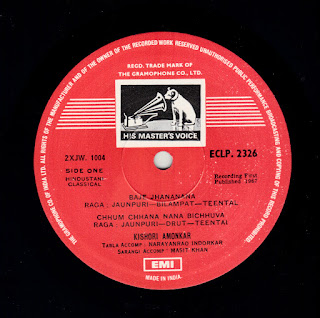 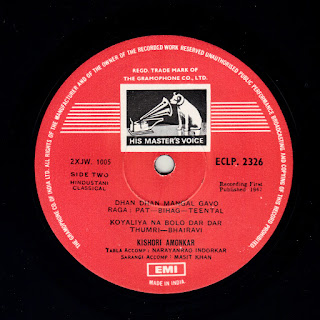 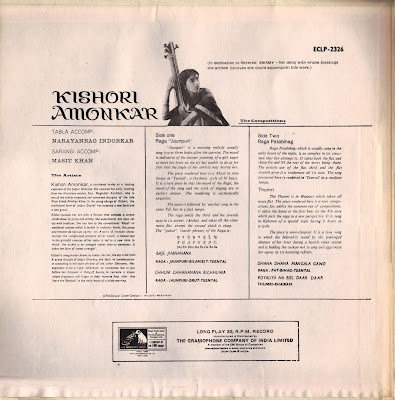 Nikhil Banerjee - Music from India - LP released in India in 1968 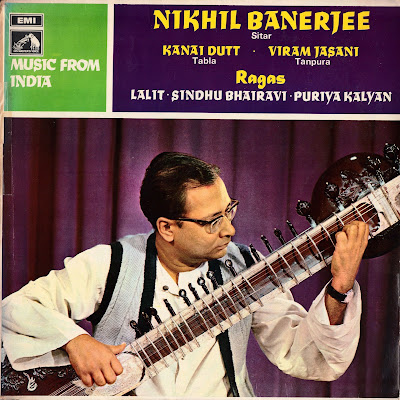 Here my very first Nikhil Banerjee LP. I bought it in the early 1970s. It was many years one of my absolute favourits and it is still today.
This LP was also published in Great Britain as volume 6 of the "Music from India" series. 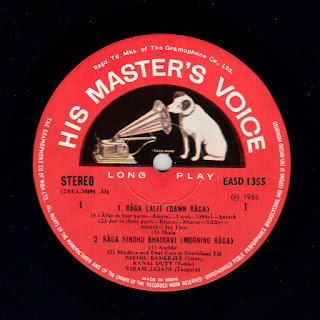 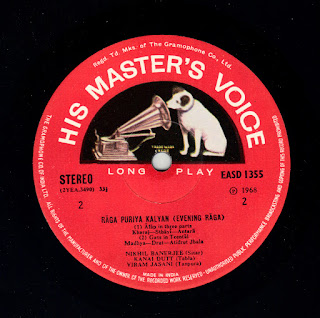