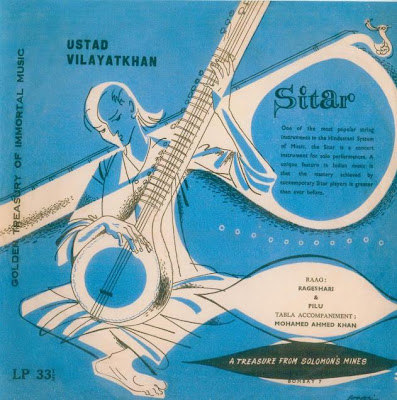 This is a very rare LP from an Indian label called "A Treasure from Solomon's Mines". According to the liner notes the date of publication is 1956. The label apparently published in the second half of the 1950s a couple of LPs (the very first LPs published in India), for example in 1957 one by Ram Narayan (SME 3/4).
There had been in the internet already links to download this record, but unfortunately with very poor sound quality. The files we present here are from a broken LP, which a friend was able to restore. The result is much more satisfying then the files found in the internet. There are still some cracks, but otherwise the music has good sound quality. 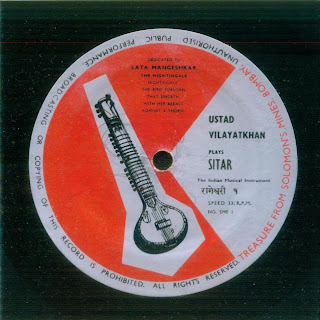 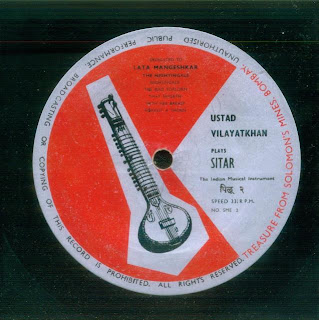 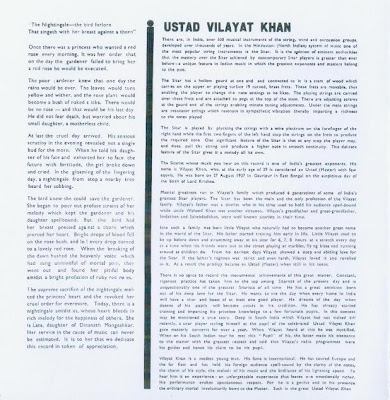 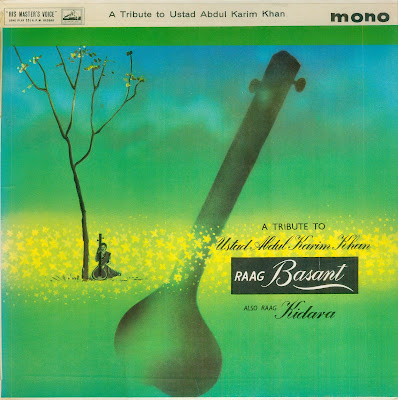 
Here we present her first LP. Originally published in Pakistan, the LP itself in my possession is made in Pakistan, but the cover seams to be from the Indian edition. 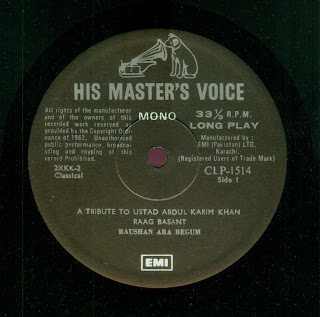 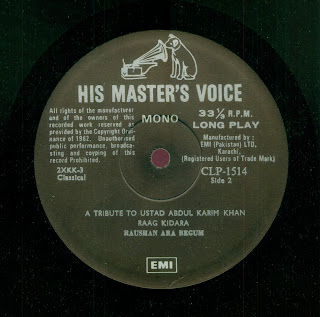 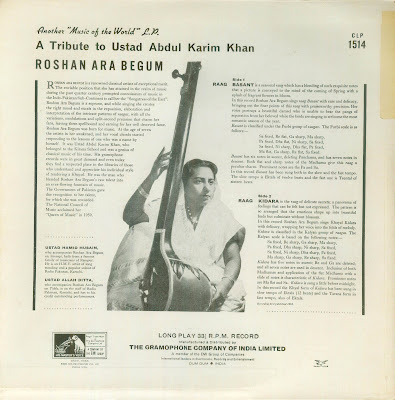 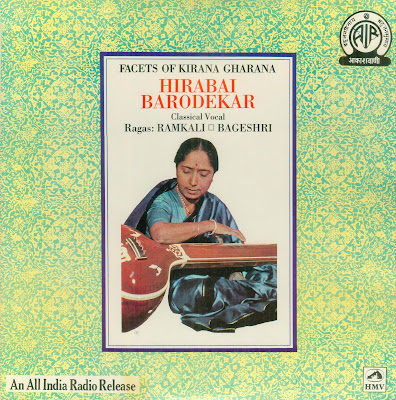 Hirabai Barodekar (1905-1989) was one of the two great ladies of the Kirana Gharana, the other one being Roshan Ara Begum from Pakistan. We will post next an LP by her. Hirabai Barodekar, the daughter of Abdul Karim Khan, studied under her uncle Abdul Waheed Khan and her talented brother the late Sureshbabu Mane.
Further reading: http://en.wikipedia.org/wiki/Hirabai_Barodekar 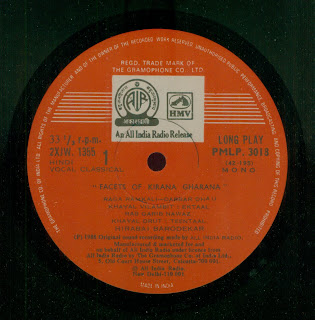 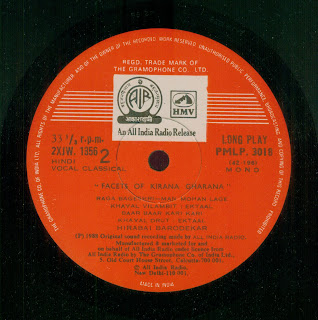 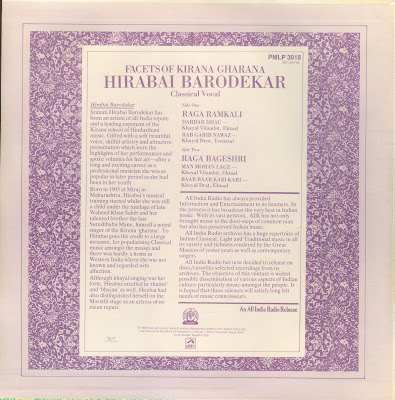 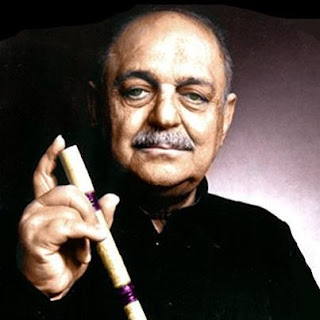 Hassan Kassa'i, the great Iranian master of the Ney, passed away on 14 June 2012.
Hassan Kassa'i was born on 25 September 1928 in Isfahan, Iran, and died on 14 June 2012 (aged 83) in his home town Isfahan. He was considered the greatest master of the Iranian Ney, an end-blown reedflute, of the century. He started learning the Ney from Mehdi Navai at the age of 12. He also learnt the basics of traditional Persian music and the Radif from master Abolhassan Saba. As he was an exceptional improviser, his performances always sounded fresh. Amongst his best students are Mohammad Mousavi and Hossein Omoumi.
In the last ten years more then 15 CDs of his music have been published in Iran, some with recordings from the 1960s or early 1970s, some with recent recordings. They can be obtained from: info@raga-maqam-dastgah.com
See also his website: http://www.kassaimusic.ir 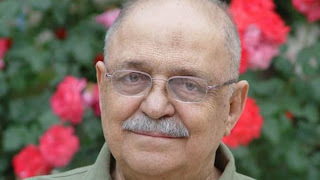 Here we present in his memory his only LP published in the west: 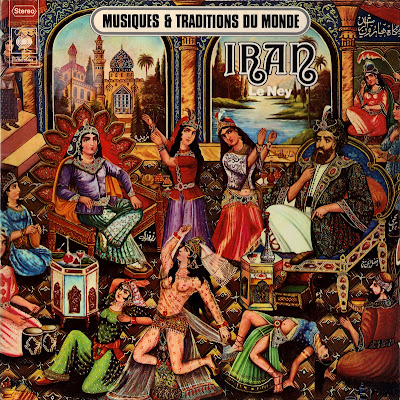 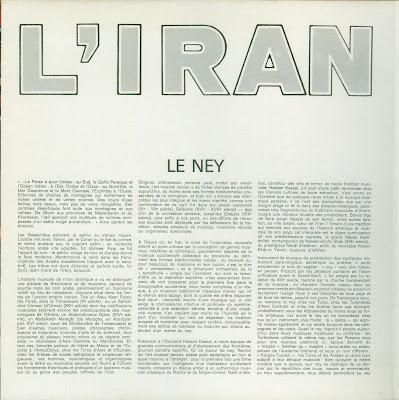 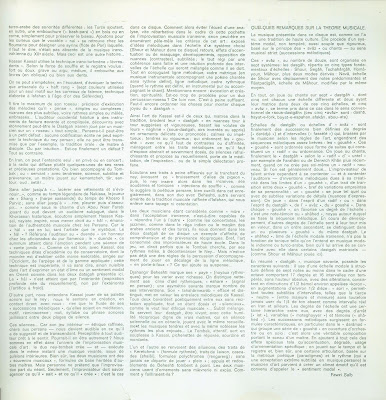 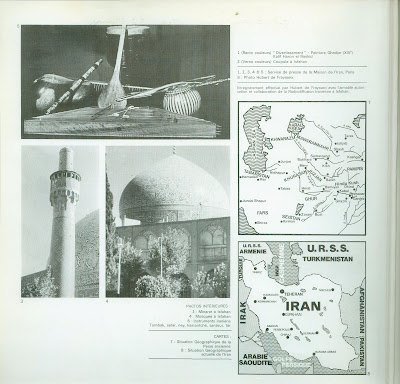 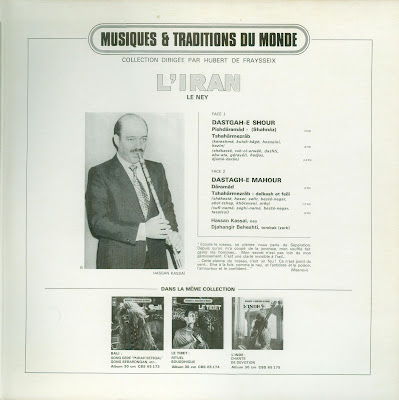 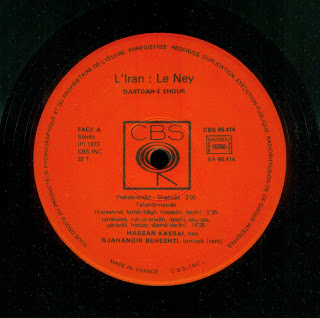 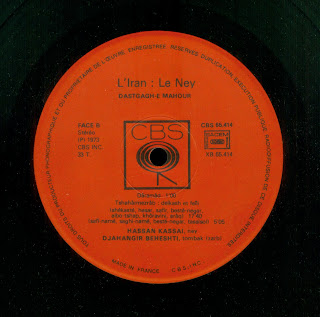 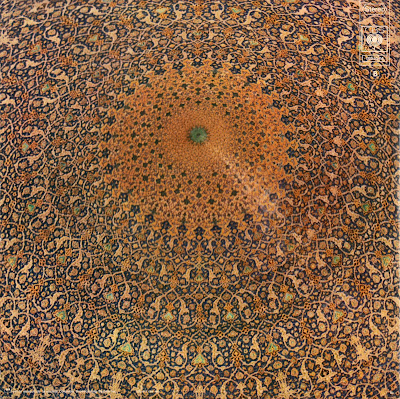