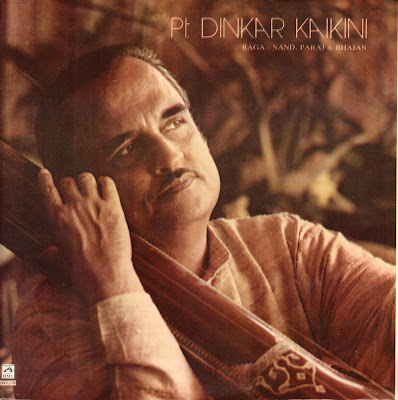 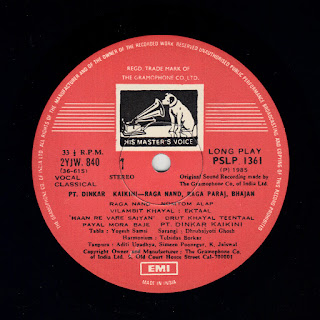 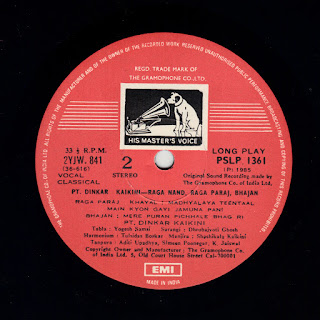 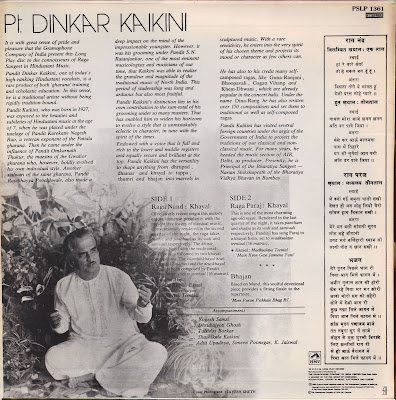 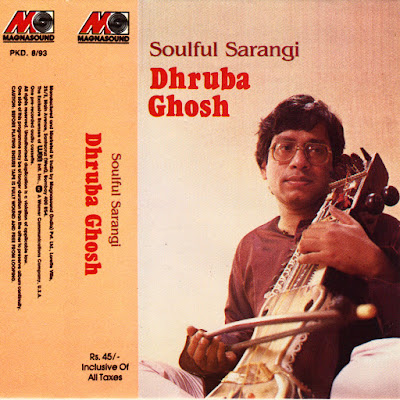 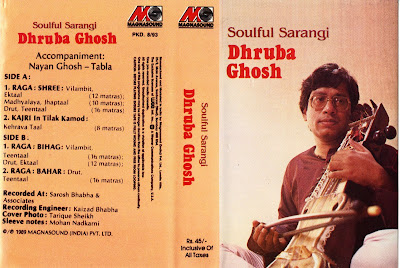 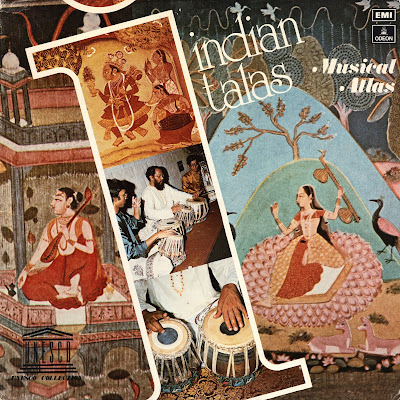 Here a rather rare LP with the great Tabla master Nikhil Ghosh (1918-1995) and his sons Nayan Ghosh (born 1956) (Tabla) and Dhruba Ghosh (born 1957) (Sarangi). In addition the LP has two tracks by the great Pakhawaj master Raja Chattrapati Singh (1919-1998).
I still remember vividly a concert of Nikhil Ghosh with his very young sons, playing Sitar and Sarangi, in Cologne on 21st of november 1978. Today both sons are very well known musicians. 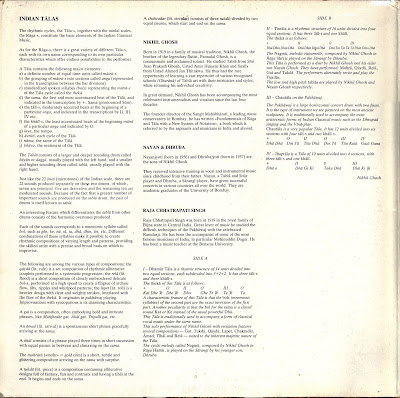 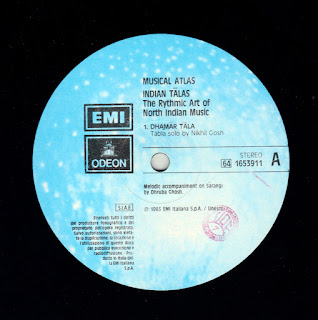 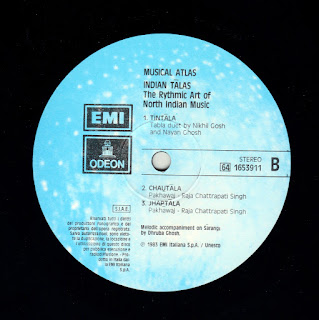 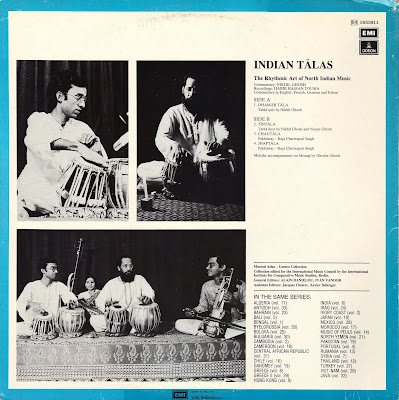 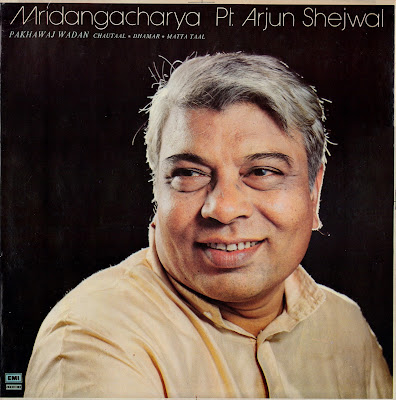 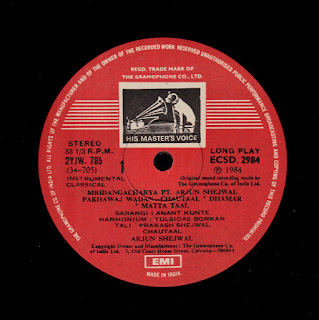 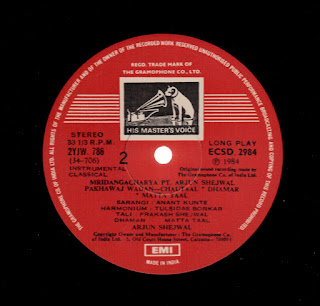 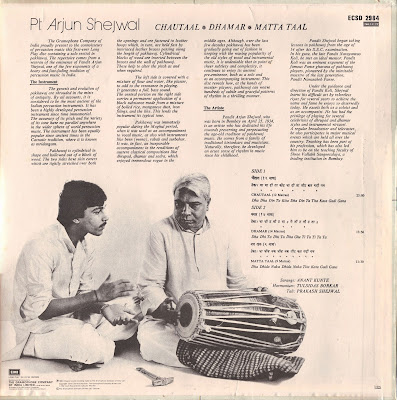 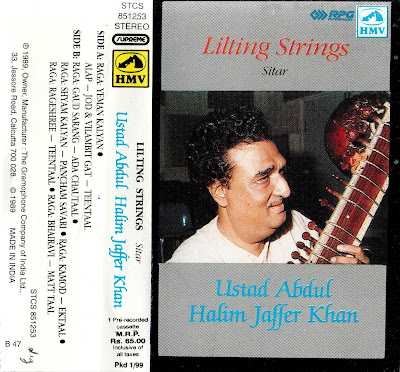 Another great musician passed away on the 4th of january 2017, one of whom I was particularly fond: Ustad Abdul Halim Jaffer Khan (1927-2017).
See on him: https://en.wikipedia.org/wiki/Abdul_Halim_Jaffer_Khan.
Over the years we posted nine LPs and a set of two cassettes by him. See here. Here we post in his memory a cassette from 1989. 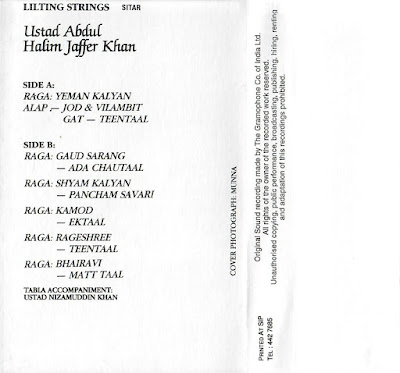 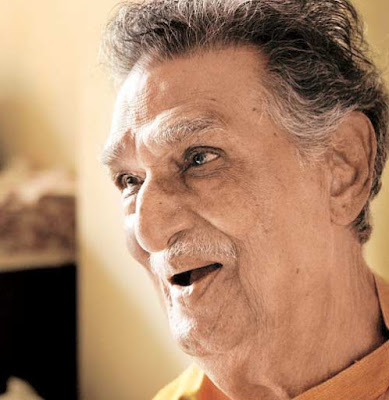 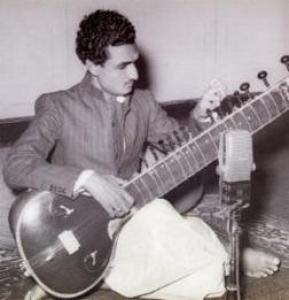 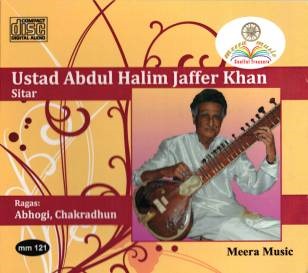 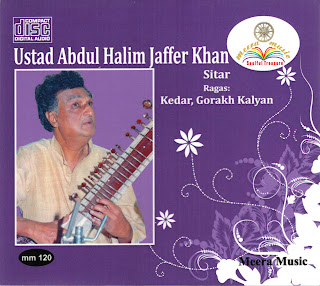 As always, these CDs can be obtained from: info@raga-maqam-dastgah.com
Posted by Tawfiq at 11:03 7 comments: 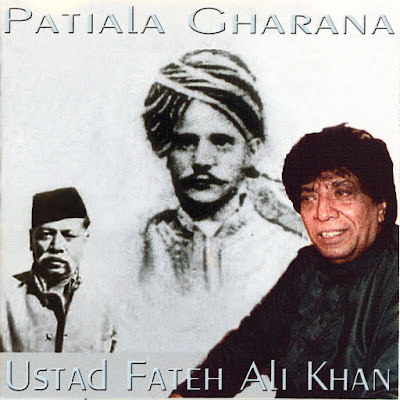 Ustad Fateh Ali Khan, the legendary and very charismatic singer of the Patiala Gharana and grandson of one of the two founders of the Gharana, passed away on the 4th of january 2017. Sometimes he was called Bade (older) Fateh Ali Khan in order to distinguish him from other singers who carry the same name. We present here in his memory some archival recordings. I don't remember anymore from whom I received these recordings. Our friend KF made a double CD out of them. I always was very fond of his deeply emotional voice and listened to many of his recordings literally hundreds of times. He has quite a number of LPs, cassettes and CDs released in Pakistan (nearly impossible to get outside of Pakistan), India, Germany, France and England. Some of them are available from: info@raga-maqam-dastgah.com

We posted already several cassettes by him in 2013 here and 2015 here (see there more information on the artist), here and here.


There exists a wonderful portrait - The True Ustad - by Ally Adnan, originally published in The Friday Times in Pakistan in 2013. I made a pdf-file out of it. It can be downloaded here:
The True Ustad 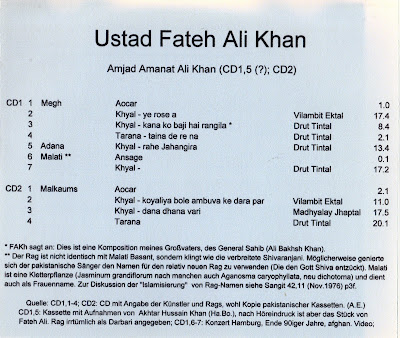 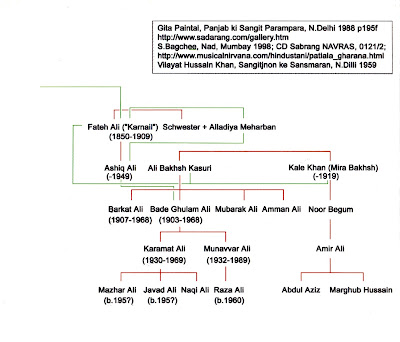 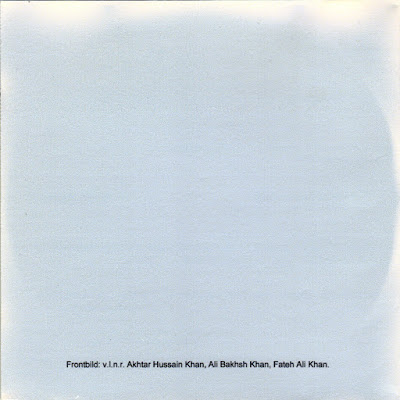 Comment on 7th of january 2017
The last couple of days I listened several times again to the Megh and Malkauns posted here. These two ragas were - together with Darbari - the favourite ragas of the Ustad and his renditions of them were legendary. I have to say, that even after decades of knowing the music of Fateh Ali Khan, I'm still each time blown away by the sheer intoxicating beauty of these recordings. For me it is an absolute summit of beauty and deep emotion. But, to tell the truth: there are quite a number of summits in Pakistani and Indian Raga music.
What also contributes to it is the exquisite Sarangi and Tabla accompaniment. Unsurpassable indeed. Very particular to Pakistani recordings of that period is that the Sarangi starts the rendition and lays down the atmosphere of the Raga. Only then the singer enters. In India this would be unthinkable. Pakistan always had in the past quite a number of outstanding Sarangiyas: Ustads Nathu Khan, Hamid Hussain Khan, Nabi Bakhsh, Ghulam Mohammad Khan and a few others. In the near future we will post more LPs by some of these great Sarangi masters. 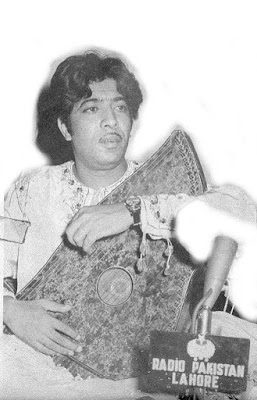 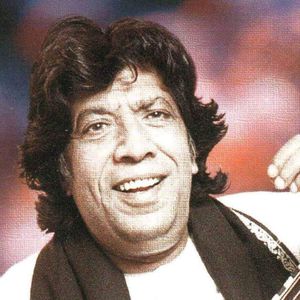