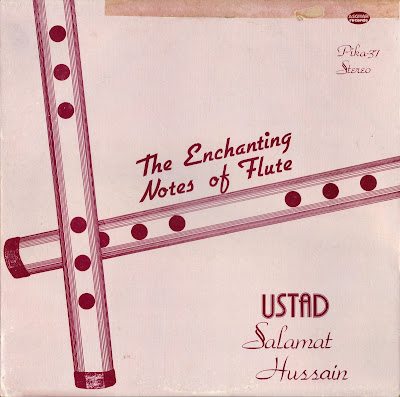 Here as promised to my blogger colleague Richard the only LP I have from this "mysterous" Pakistani label based in New York in the 1970s and 1980s. I bought this LP in the early 1980s in Southall near London in a Pakistani record shop. They had at that moment quite a number of LPs by this label, but unfortunately I bought only this one as there were so many of the great EMI Pakistan LPs which I couldn't resist. This Salamat Hussain LP I bought basicly out of nostalgic reasons as my very first Raga LP, the legendary "Pakistani Soul Session", which I posted here as one of my very first posts in june 2011, contained two tracks by him.
Richard had posted on his wonderful blog "Flat, Black and Classical: Indian Classical Music on Vinyl and Cassette" two LPs from this label, which also goes under the name Oscar Records:
Kabir Khan - Mellow Moment on Sitar [Oscar Records PIKA-23] (1978)
and:
Idd Mohd. Ajmeri - Tabla Solos [Oscar PIKA-28] LP pressed in U.S. (1978) 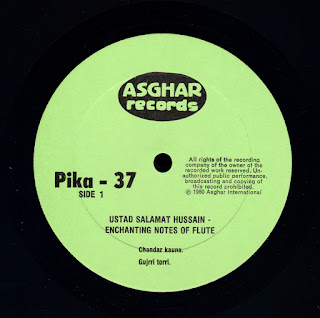 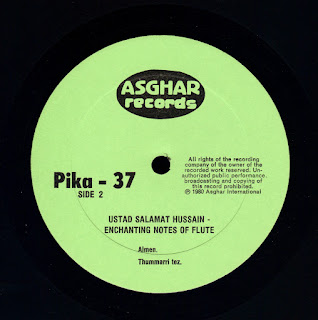 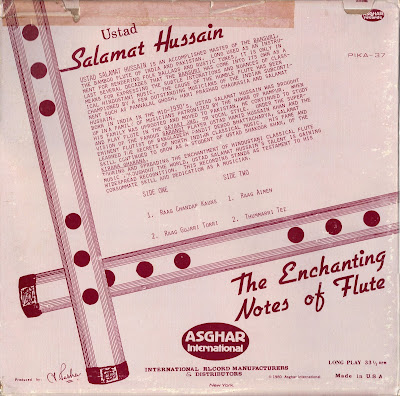 Our blogger colleague Hans posted in 2011 a cassette by Salamat Hussain and added a track by one of his teachers, Debu Bhattacharya. In this post Hans also posted a number of other recordings by very little known Bansuri players from Pakistan.
See: http://lalogiqueinterne.blogspot.de/2011/01/roseaux.html 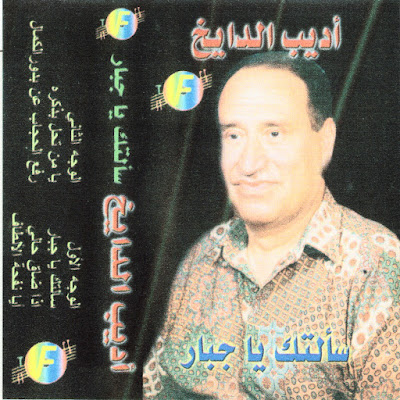 Here one of the many cassettes by the great singer from Aleppo. This one has quite good sound quality, though there are some disturbences occasionally. We saw him live at WDR (Westdeutscher Rundfunk) in Cologne, Germany in the 1990s. Unbelievably beautiful and still very much alive in my memory. 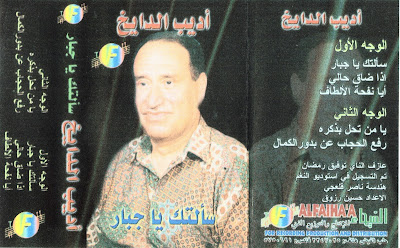 Many thanks again to Danny. 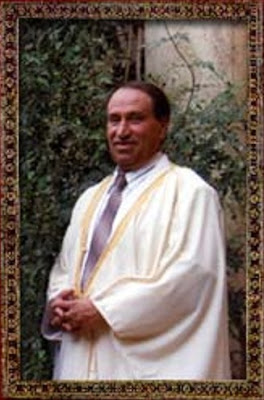 
Adib DayIkh : Born in Aleppo in 1938, belongs to a highly reputated line of cantors (munshid). Highly valued from Middle East to Maghreb, this native aleppian has rarely travelled abroad, but music lovers made copies of the cassettes and passed them around like a treasure. They transmitted a new style of expression that was broadly imitated by Arab singers. He is quoted as a real musical monument : altogether vocal phenomenon and a fount of knowledge in maqâmat, his art of modulation from one maqâm to another and his perfect mastership of an immeasurable classical repertoire. He might be the only contemporary singer whose voice reminds of the arab singers from the beginning of the century. The high-pitched and youthful tessitura of his voice is called al-farkha (the cheeping of baby birds) and applies to men and women alike. Capable of going from the lowest to the the highest notes with great ease, his ambitus covers three octaves.
from: http://www.alkindi.org/anglais/artists/artists_adib.htm

For more information on the artist see the booklet to his first CD published in France:
http://www.alsur.fr/assets/files/pdf/alcd143.pdf

For infos regarding the classical music of Aleppo:
http://www.aleppoart.com/Musique.html 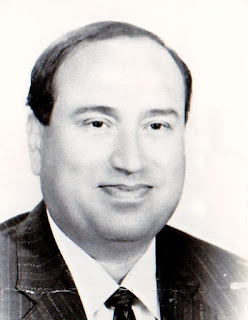 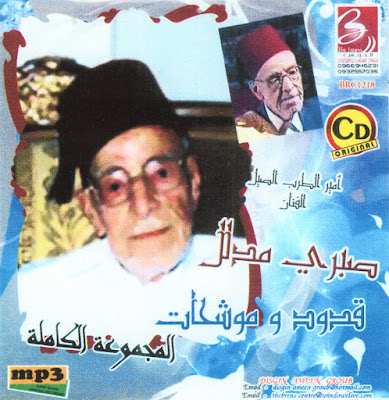 The media are full of the unbelievable human catastrophe taking place in Syria since years and getting worse and worse. What a desaster, what a horror! Amid all this desaster we hardly know anything about the destiny of musicians and if and how they are able to maintain their great traditions of classical and religious (Sufi) music. In order to keep up the memory of Syria's great musical heritage and as there are only very few CDs available we post here over the next months some cassettes and MP3-CDs which our dear friend Danny brought 5 years ago from a trip to Syria.
We start here with a MP3-CD containing three concert recordings by Sabri Moudallal (1918-2006), the great master of the classical music of Aleppo, accompanied by a Takht ensemble consisting of Ney, Ud, Qanun, Violin and Riqq players. We had already before posted two recordings by him: one a Mouled an-Nabi as it is performed especially in Sufi circles and the second a programme of Classical Arab Music from Aleppo recorded by the WDR in Cologne in Germany. 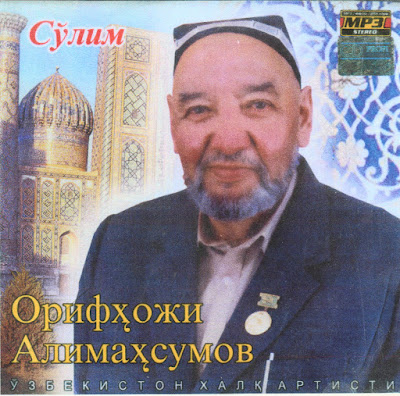 Here the next MP3-CD from Uzbekistan. This time we present Orif Alimakhsumov (also transcribed as Orif Alimaxsumov), another well-known Shashmaqam singer. He was one of the singers in the legendary complete Shashmaqam of Bukhara under the direction of Yunus Rajabi, recorded between 1960 and 1962. See our post: Shashmaqam of Bukhara - Box of 16 LPs.
He is also considered to be a master of the Maqom of the Ferghana Valley. For more information see below the links to two articles about the history of these musical traditions.
On this MP3-CD are contained three folders called CD 1 etc. We keep this division into 3 CDs and they can be downloaded separately. 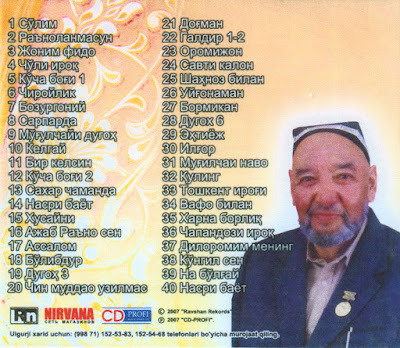 Many thanks again to Danny for sharing these recordings.