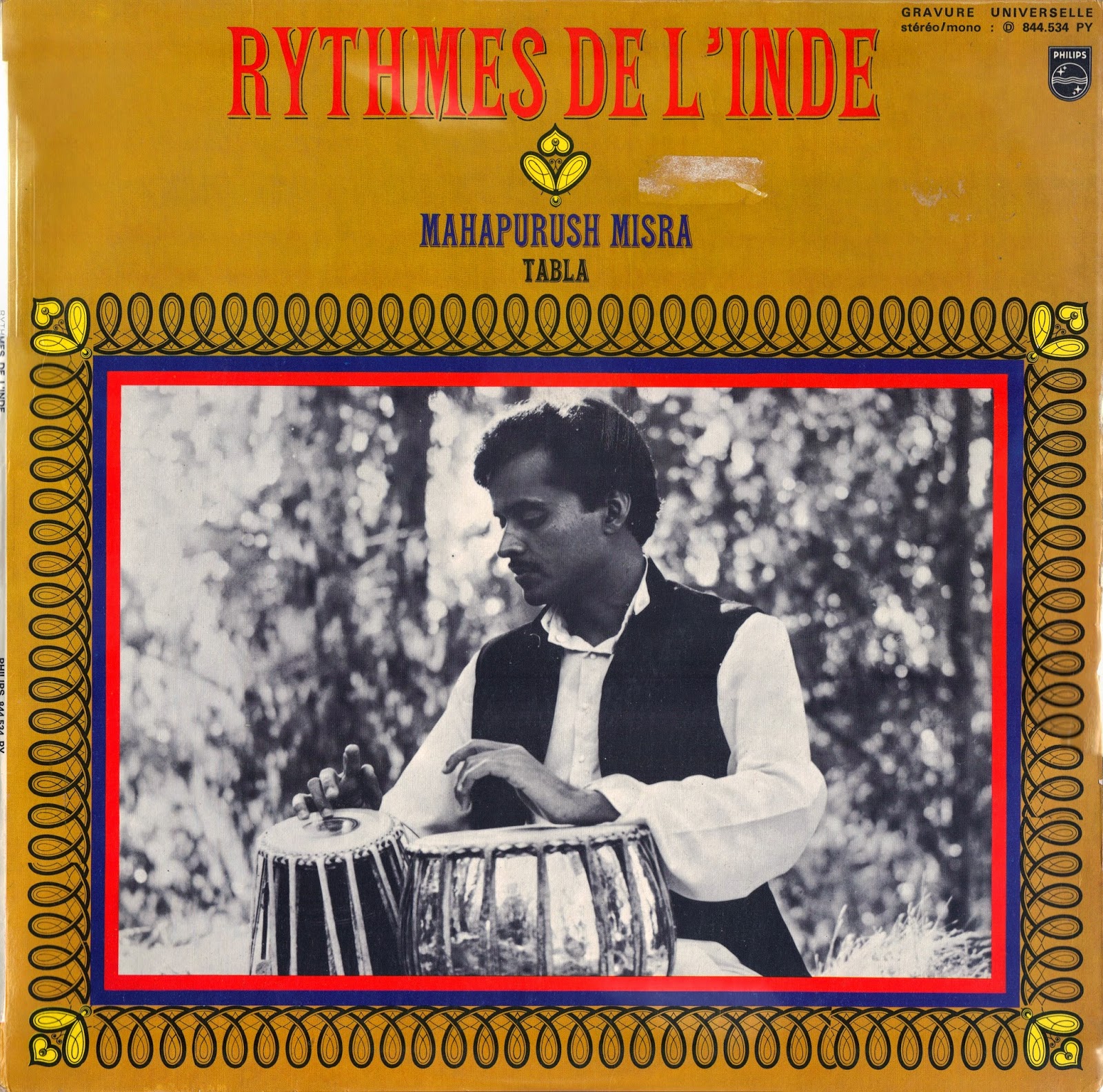 Originally published in 1966 in the US as "Indian Drums" by Connoisseur Society, CS 1466.
With Lahara on Sarod by Ali Akbar Khan. 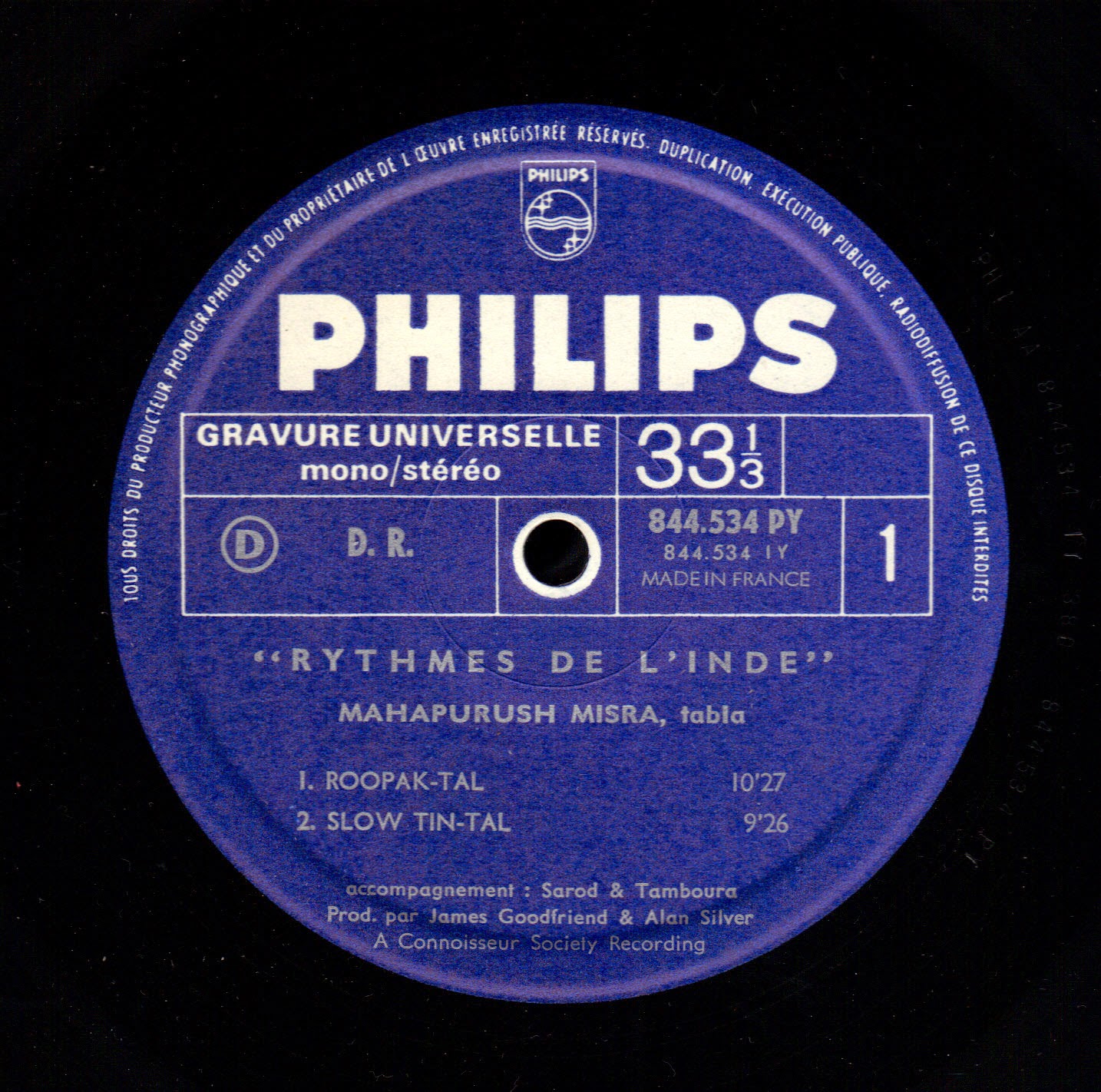 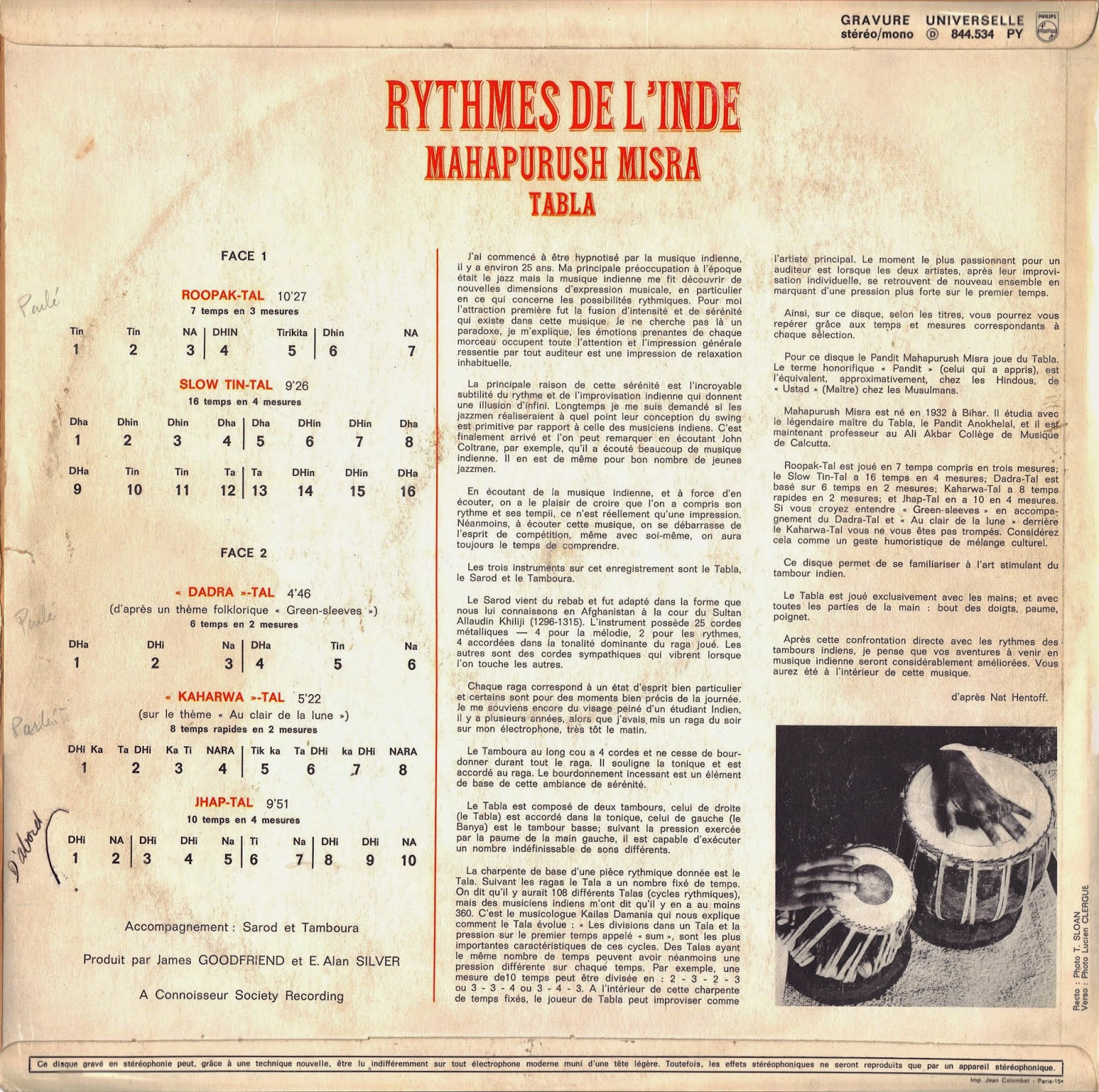 Unfortunately we only recently noted that the pickup needle was hanging for a moment at one or two spots in the last track. By putting a small weight on the pickup we could get beyond this. Sorry for the inconvenience caused.

“Pandit Mahapurush Mishra (1932-1987) was a disciple of Pandit Anokhelal Mishra, a revered master of Tabla. Mahapurush was a famous Tabla accompanist to many topmost musicians and a professor at the Ali Akbar College of Music in Calcutta (now Kolkata). He spent most of his time during the late 1960s in USA teaching, recording, and appearing widely in numerous classical music concerts. There are far too few of his Tabla solos in circulation. However, this solo album of Pandit Mahapurush Mishra, a very rare-of-its-kind, is an invariably spectacular display of his virtuosity and musicality, which he is renowned for.
Longtime Tabla master, sideman to the stars, and Ustad Ali Akbar Khan’s main accompanist throughout the better part of three decades until his death, Pandit Mahapurush Mishra has also appeared on the Beatles b-side of Lady Madonna, George Harrison’s The Inner Light (recorded in Bombay in January 1968 with the vocal tracks added in London the next month) as well as on Harrison’s Wonderwall soundtrack.”

See here our posts of performances by his guru Pandit Anokhelal Mishra:
http://oriental-traditional-music.blogspot.de/search/label/Anokhelal%20Mishra%20%281914-1958%29 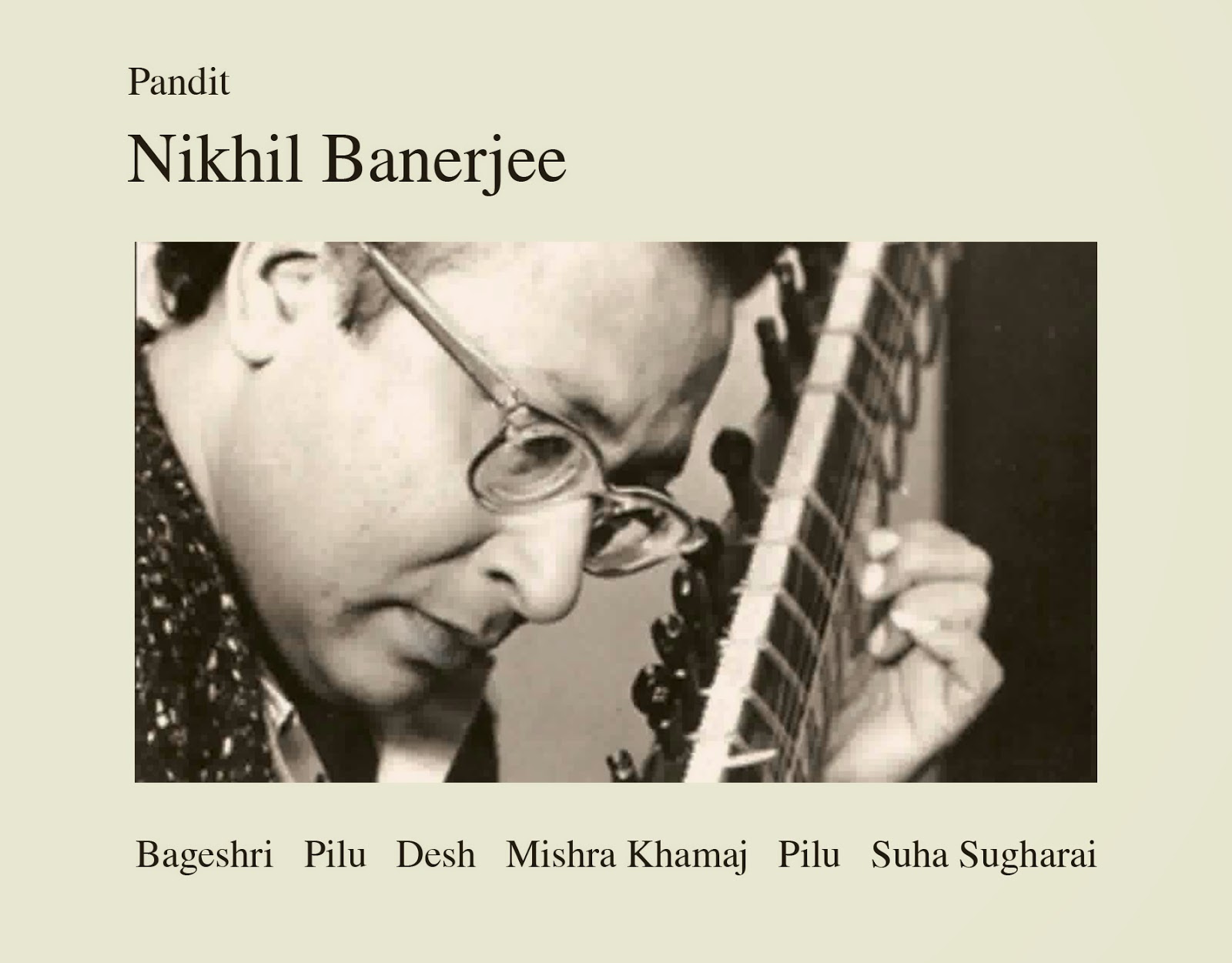 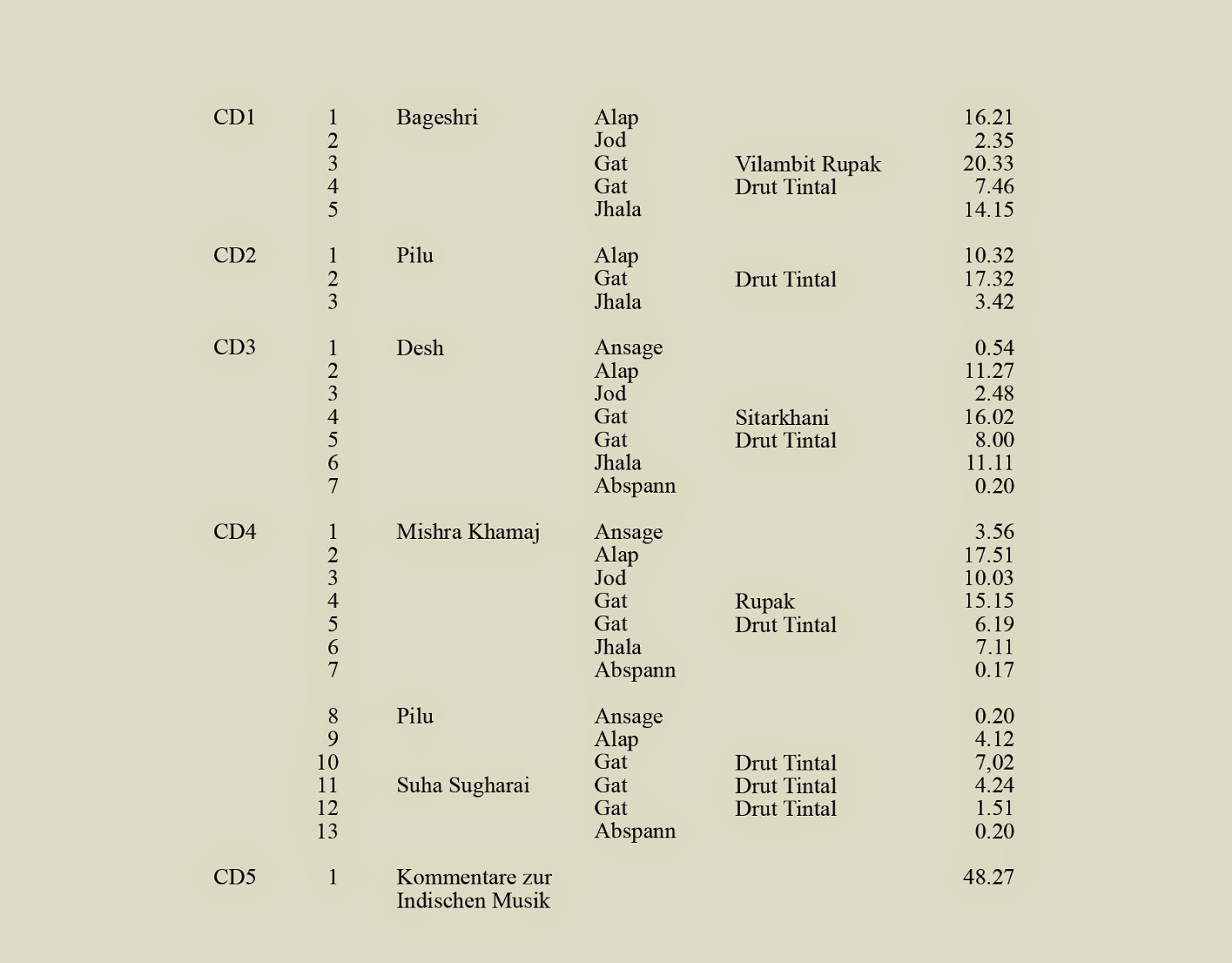 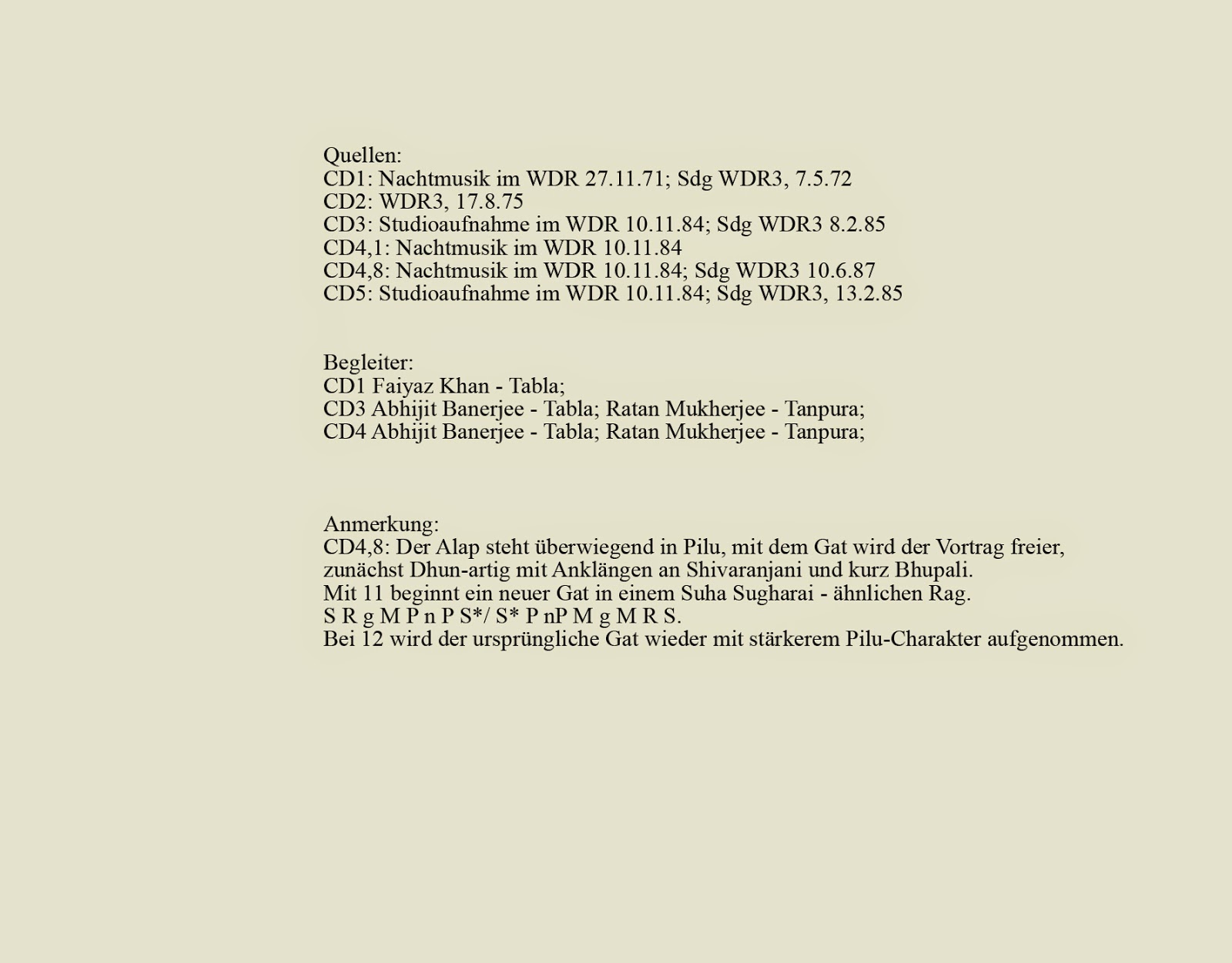 CD 5:
Commentaries on Indian music given by Nikhil Banerjee
after the studio recording of Raga Desh (see CD 3)
(studio recording by WDR on 10.11.1984. Moderator: Jan Reichow)

Many thanks to KF for the recordings and the covers.