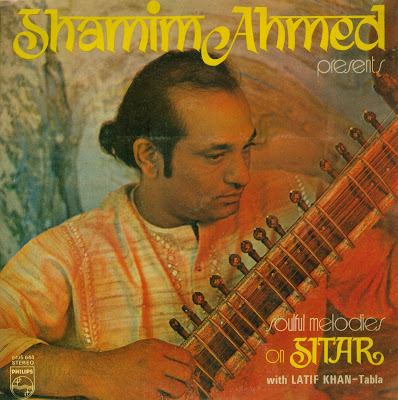 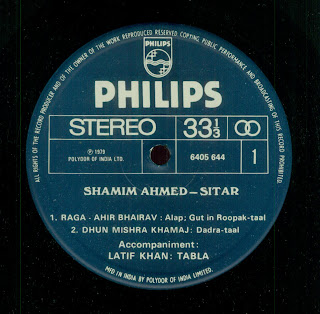 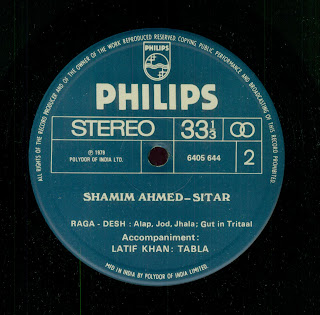 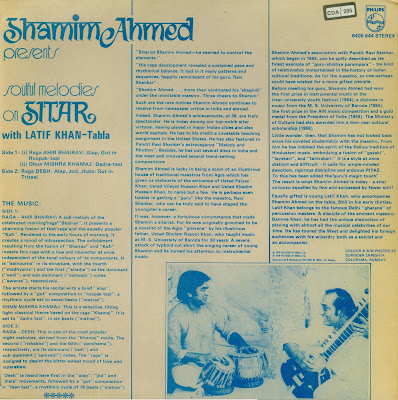 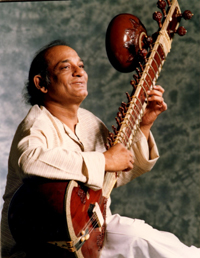 “Shamim Ahmed Khan: Sitar player taught by Shankar
Shamim Ahmed Khan was one of the most eloquent sitar players of his generation and scion of a family of hereditary Hindustani classical musicians which upheld and advanced a gharana, meaning a school or style of music-making, historically generally associated with a specific geographical seat, in this case the Agra Gharana. Agra would figure largely in his musical destiny, and bring him to the attention of his life-long guru, Ravi Shankar.
Shamim Ahmed, as he was called on his early recordings, was born in 1938 in Baroda – nowadays Vadodara in Gujarat – into a family of noted Hindustani classical vocalists. From early boyhood he was instructed in classical singing by his father, an esteemed vocalist and composer. While visiting Agra he caught typhoid fever; when he recovered his vocal range had gone. He took up sitar – he recalled how he would walk to his friend's house over three miles away "to play the sitar on one pretext or the other."
He was enrolled at the Baroda Music College, and first met his future guru in 1951. "It was at a music conference in Ahmedabad," he recalled in 1995. "It was my grand-uncle [the noted classical vocalist] Ustad Faiyaz Khan's first death anniversary. Later I met Ravi Shankar with my father Ustad Ghulam Rasool Khan, who told him of my interest in music." In December 1955, in Delhi for a music competition organised by All India Radio, he met Shankar once again, and played for him.
Shankar invited him and his father to his Delhi home. The next day they underwent the ganda-bandan ceremony – the thread-tying ritual that symbolically binds guru to shishya (student-disciple) – in December 1955, making him one of Shankar's earliest pupils. From then until 1958 he would make the 1000-kilometre journey from Baroda to Delhi by train in order to study. In addition to ordinary lessons, intensive practice periods sometimes lasted five or six hours. Honouring the guru-shishya tradition, Shankar provided his shishyas with accommodation, victuals and necessities without asking for recompense, even after Shamim Ahmed was awarded a Government of India musical scholarship in 1958.
In 1960 Shankar relocated to Bombay and Shamim joined him there as a teacher at his Kinnara School of Music. On the brink of international success, Shankar moved to California and shortly afterwards invited his valuable asset to Los Angeles.
A new chapter began. He was on hand to support Alla Rakha, Shankar's tabla virtuoso, on his jointly billed Rich á la Rakha (1968) with the American jazz drummer Buddy Rich. At the age of 29 he also made his US solo recording debut, Monitor Presents India's Great For Three Ragas – for Monitor, reissued by Smithsonian Folkways Archival in 2007 – with Alla Rakha's son Zakir Hussain as his tabla accompanist.
Shamim Ahmed had a sweet, full-throated voice on the sitar, very similar to his guru's. He recorded as a principal soloist for a variety of record labels across the world. Recommended listening might include his sitar-sarod duet with Aashish Khan on Ravi Shankar's Festival From India (1968) and the UK-based Navras label's Sitar Maestro (1998). He was one of a select band of Shankar disciples, including Vishwa Mohan Bhatt, Manju Mehta, Kartik Seshadri, Barry Phillips, Partho Sarathy, Anoushka Shankar and Lakshmi Shankar, on the triple-CD ShankaRagamala – A Celebration of the Maestro's Music by his Disciples (2005); his interpretation of "Janasanmodini" on that garland of Shankar raga compositions, is a glory.
In person Shamim Ahmed was an extremely modest and humble man. After one recital we chatted; quietly, without being pushy, he asked me if, when I next spoke to his guru, I would give him an honest account of how he had played. He defined Shankar's character in three words – "discipline, devotion and compassion". That description applied equally to Shamim Ahmed Khan.
Shamim Ahmed Khan, sitarist and composer: born Baroda, Baroda State (now Gujarat), India 10 September 1938; died Mumbai, Maharashtra 14 February 2012.”
Ken Hunt in:  http://www.independent.co.uk/news/obituaries/shamim-ahmed-khan-sitar-player-taught-by-shankar-7542206.html?printService=print
Posted by Tawfiq at 07:19

Thank You Very Much for this superb LP (transfer) from 1979! Playing of the highest quality and standard indeed! R.I.P. Shamim Ahmed Khan!

And the same to Latif Ahmed Khan (R.I.P.) who plays beautiful tabla support here! One of my favorite tabla players. Both Ahmed Khans exemplify tradition plus added *soulfulness* which can be lacking in some other Indian Classical musicians! (i treasure any recording of Latif Ahmed Khan--very few--so i Thank You again for sharing this LP transfer!!) --dandor